Turkmenistan is a country which wants to see you across it as quickly as possible, with a transit visa lasting only for 5 days and with 460 kilometer to cross it at it’s narrowest point, between Serakhs in Iran and Turkmenabat at the border with Uzbeksitan. When you add the fact that border crossings only work from 8 in the morning to about 5 in the afternoon (with a lunch break in between) and that crossing each of the borders takes around 2 hours there really isn’t that much time left for pedalling.

When crossing Turkmenistan probably one of the most important things is how lucky you get with the wind direction. There really is nothing which can stop the wind when you are in the desert and if you can end up battling strong headwinds or flying with backwind at 30 kilometers per hour. In my case it around 50 / 50 , two days of backwind and two days of headwind / sidewind in which I manged to ride the distance between the borders.

Four days isn’t enough to experience a country, especially a country which seems kind of reluctant with tourists and foreigners, and a country which is made up mostly of desert. Probably the first positive thing which you notice when crossing the border is that the traffic seems to disappear, especially if you take the secondary road towards Mary. And after one month of constantly hearing the roar of engines while riding through Iran I cannot describe how pleasant it was to be alone on the road once again.

Three days later, after a windstorm followed by a short rain in the middle of the desert, in the fresh smell of evaporating raindrops rain drops on the tarmac I have a quiet lunch right on the tarmac. Still 50 kilometers away from Turkmenabat and 120 kilometers away from the last settlement my improvised picnic is interupted by a car every 10 minutes or so. One other memorable moment was when I got invited by a group of turkmen working in the fields to join them for lunch, this being the first time after two months when I saw vodka sitting comfortably on the improvised table rug, while the men were quite tipsy even though it was only midday.

One other revelation was around the city of Mary, when I saw after quite a bit of time a car signalling when it wanted to change direction. It’s amazing how traffic still seems to work in Iran even without what would seem to be one of the basic prerequisites, drivers indicating when they want to change direction. Also seeing for the first time a Russian women with a short skirt and with blond uncovered hair was also a big change from the Iranian dress code for women.

One other place which seemed a bit otherworldly was the ancient city of Merv. It was once one of the great cities of central Asia, and it’s actually made up of five different city sites as each time the nearby river shifted it’s flow or when the city was razed by a conquering army a new one was rebuilt in slightly different place. As everything was built from adobe most of the buildings have dissolved once again in the desert but one can still see a glimpse of what once once one of the largest cities in the world.

And now for the practical considerations:

As far as I know if you want to visit the country as a tourist the visas are pretty expensive and you need to be accompanied by a local guide, sleep in approved accommodations, things that you simply cannot do when travelling by bicycle. The only remaining options is a transit visa, which has fix entry and exit dates and is valid for exactly 5 days. The border crossing was also “interesting” and for a moment it seemed that in order to get in the country you had to face the worst version of soviet bureaucracy.

It took two hours, a lot of waiting, scanning everything from the bike bags through an x-ray machine, unpacking and hand checking everything, filling out forms in Russian and paying a tax of exactly 12 dollars. On the plus side the first border guard dressed in a crisp uniform did welcome me in the country with a big smile. Getting out of the country was a bit quicker though as I was near the closing time and they were rushing to get people through. A couple of Belgian travelers which missed the border closing by a couple of hours got “detained” the next day until the afternoon, after finally being deported across the border.

Roads are generally worse than in Iran with the side road between Serakhs and Mary being especially bad. On the other hand there are way less cars than in Iran and it was really enjoyable to be once again alone on the road.

Changing money is a bit problematic and can be done only in banks at the official rate as far as I know, so the strategy which I used was to use up the last of my Iranian money and buy food from Iran for around 3 days and change around 20 dollars at a bank in Mary.  Prices on the other hand seemed a bit higher than Iran and due to the relatively high temperatures (around 34 – 35 degrees) I ended up spending quite a bit on water. I drank water as if I had a leak somewhere and I distinctly remember one evening when I had 8 liters of water with me, and nothing was left from it when I stopped in the next place where I could buy water.

It’s amazing how much the faces change just after you cross the border. Sure, you can see the odd turkmen shepherd in Khorasan but after you cross the borders narrow and slant eyes become the norm. And the difference is quite big when you come from Iran where people have a facial complexion which is quite similar to what you normally find in Europe. With just 4 days mostly spent in the desert I didn’t have enough time to interact with the locals, especially as most of the time was spent travelling through barren stretches of desert. The ones which I did interact with were just as hospitable as the turkish people in my opinion.

5. The cult of personality and school uniforms

From all the countries in Central Asia Turkmenistan probably is ahead in both of the fields. If the new marble buildings from Mary seemed relatively normal in Turkmenabat the route took me on a 4 kilometer boulevard flanked on one side by new barble buildings with the picture of the president while the other side had pretty run down old soviet blocks of flats, adding the the contrast. The mandatory traditional school uniforms do look incredibly good.

And now for the photo journal: 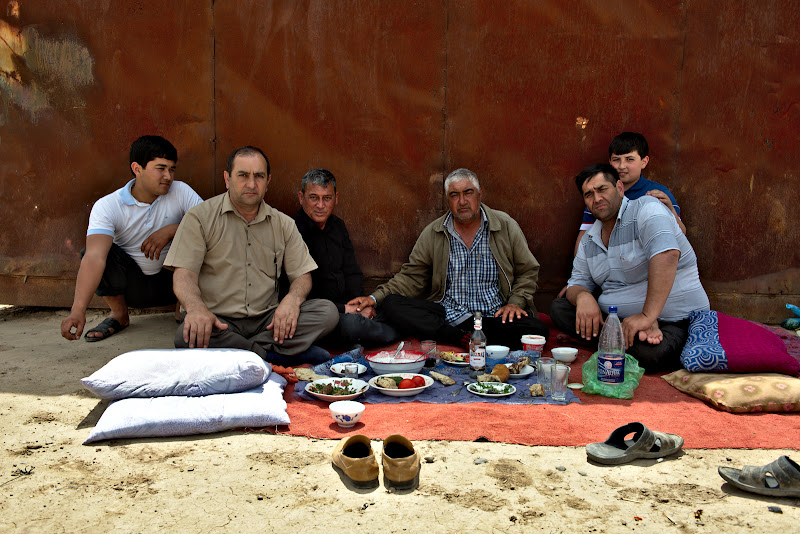 Ignoring the relatively angry looking faces they were quite friendly. I had to refuse the vodka though. 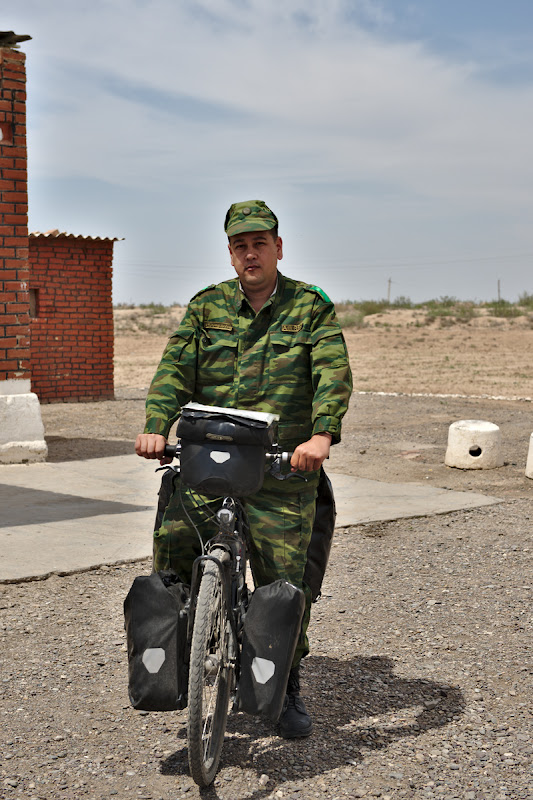 Curiosity at a checkpoint in the middle of nowhere. 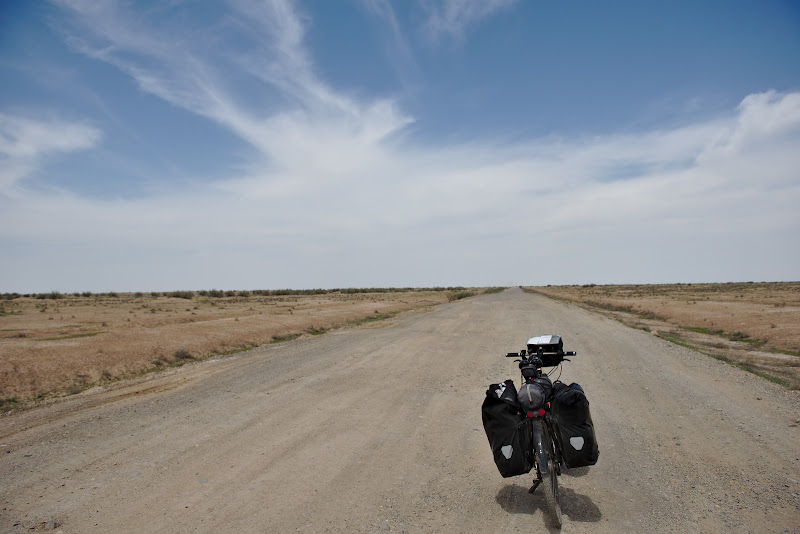 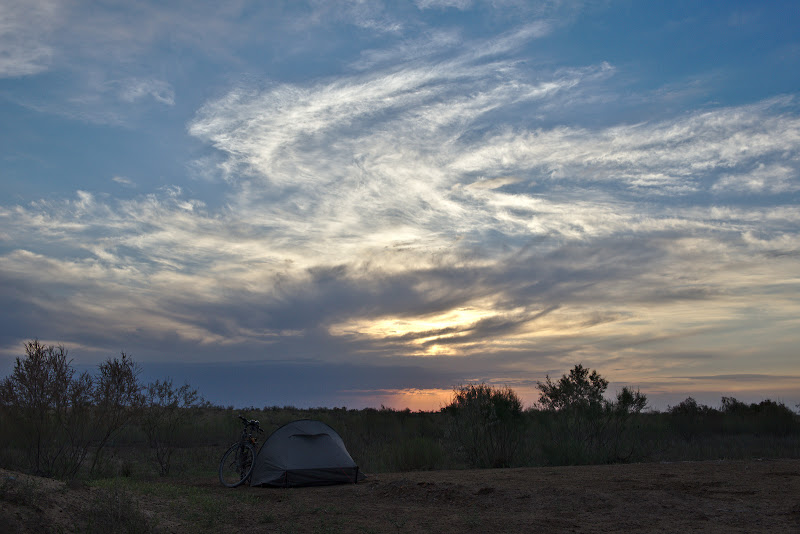 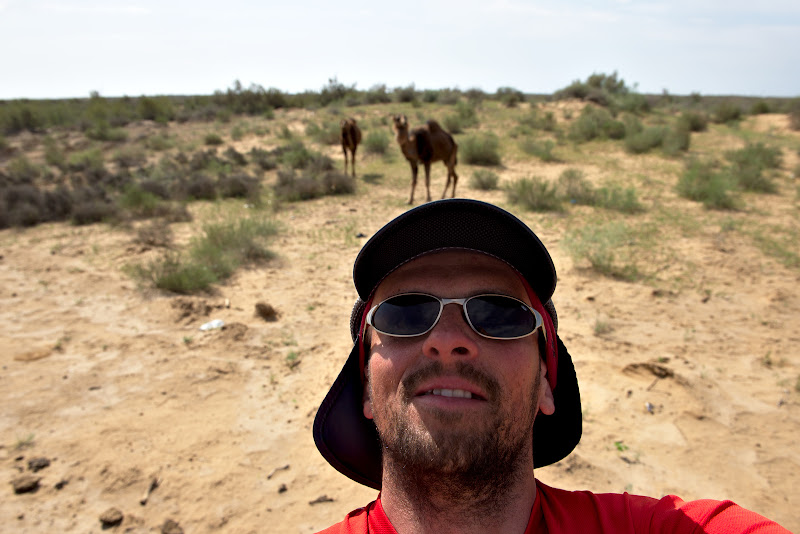 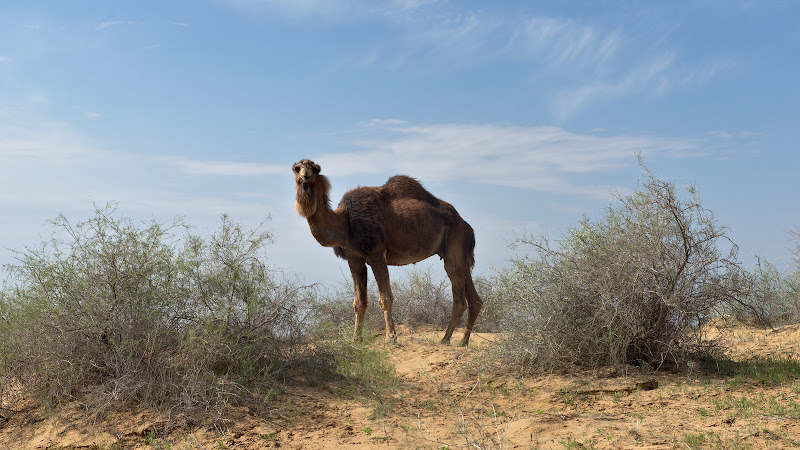 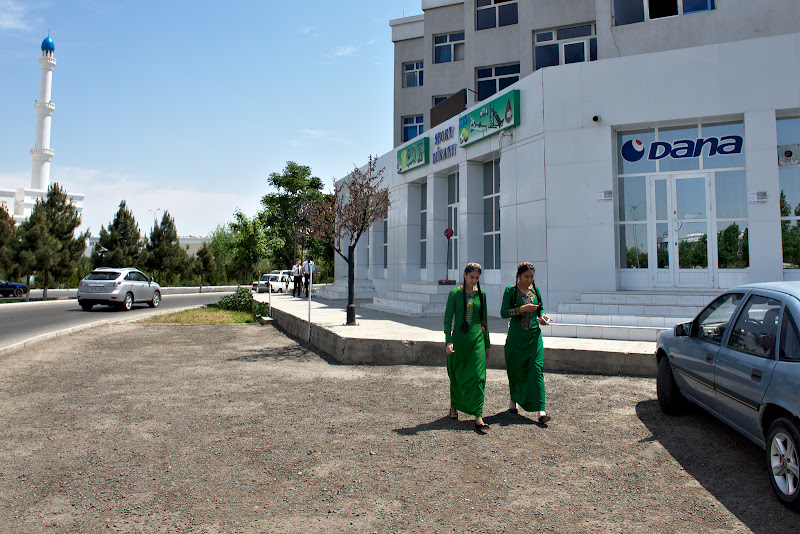 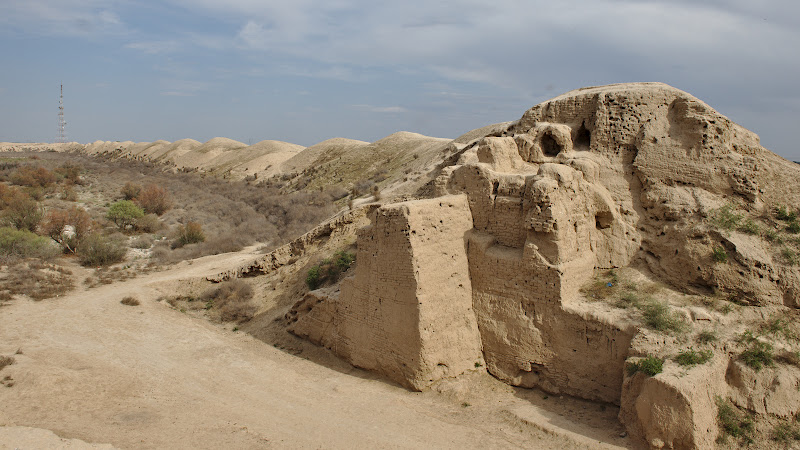 At the gates of the once great city of Merv. 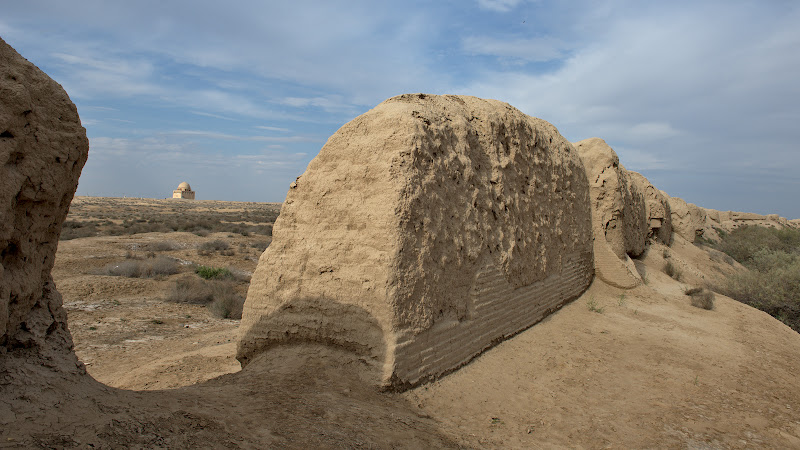 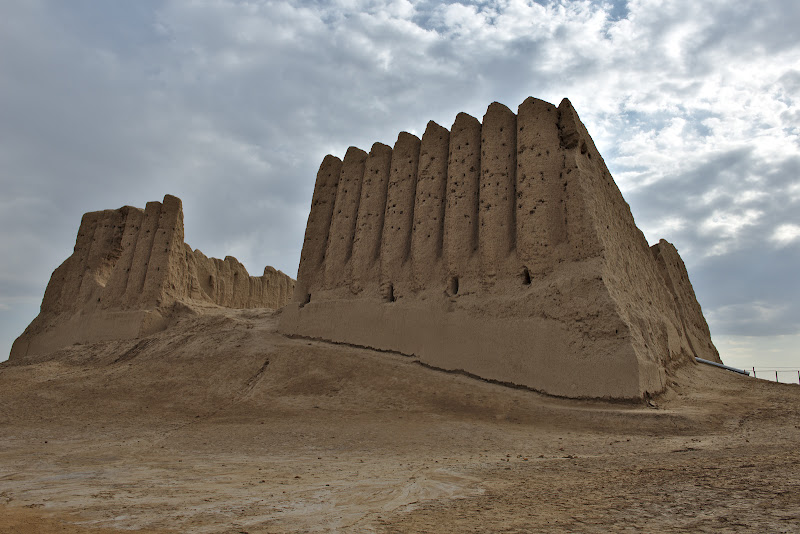 One of the ancient temples. 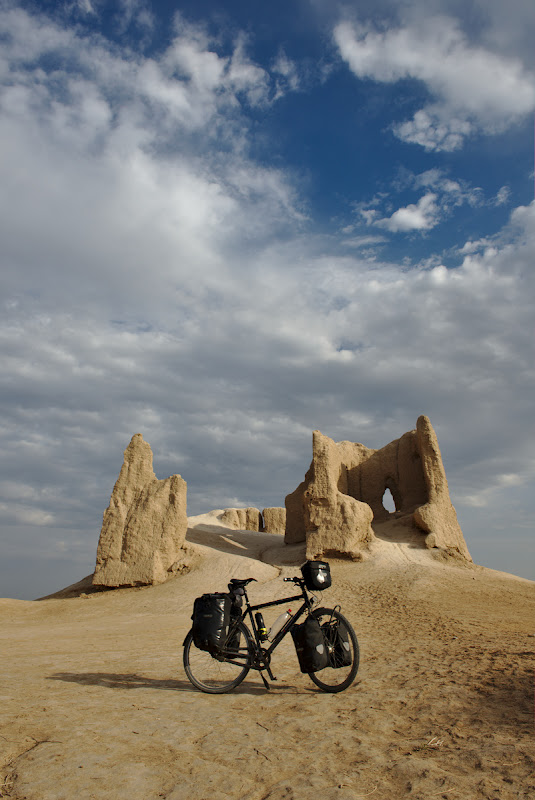 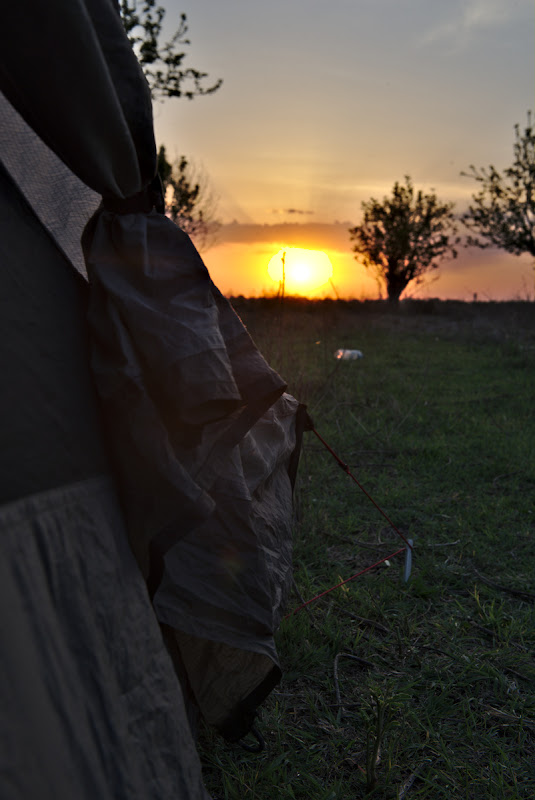 Watching the sunrise from the tent. 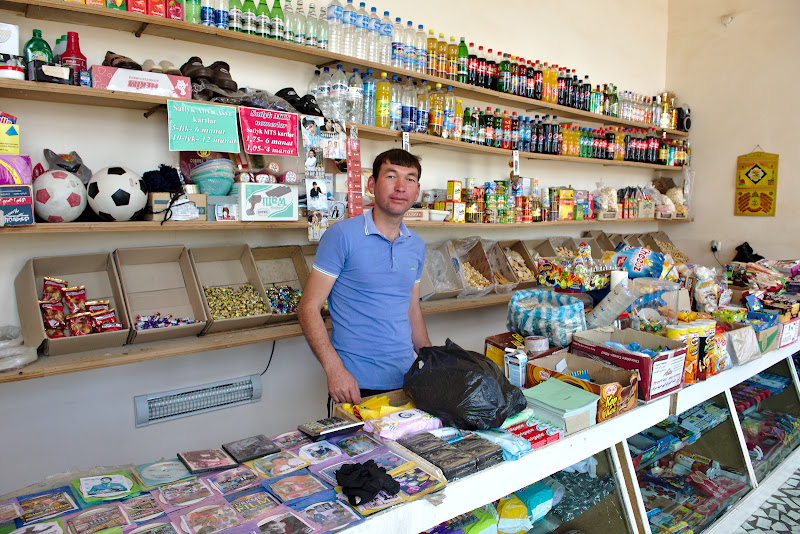 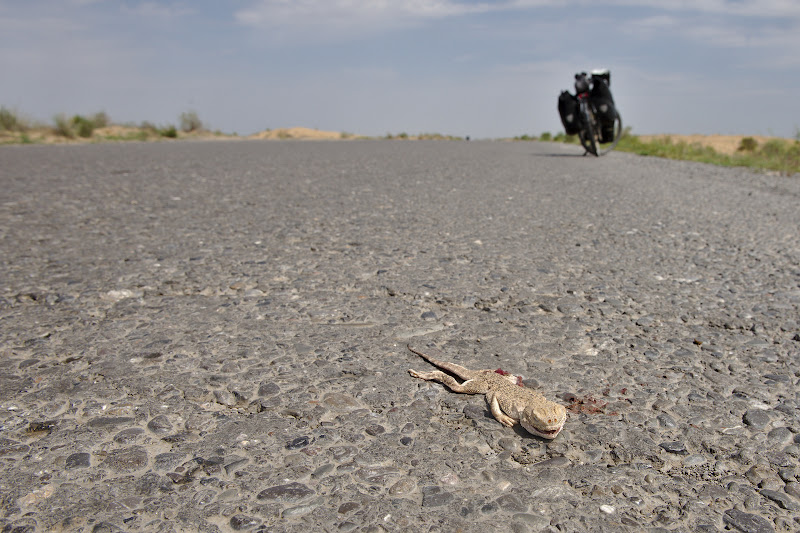 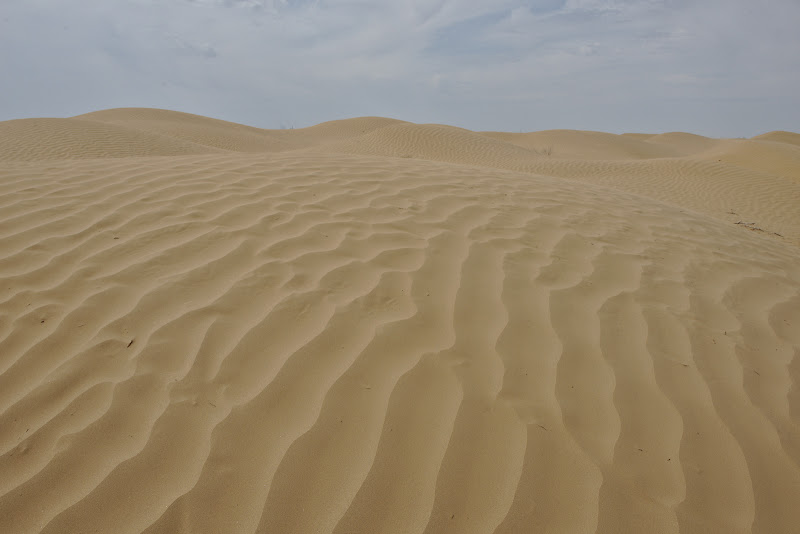 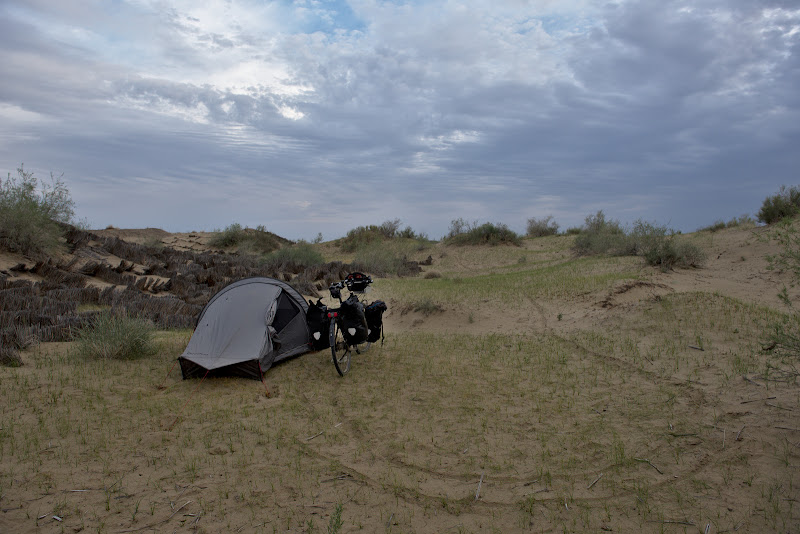 Camping in the middle of the desert. 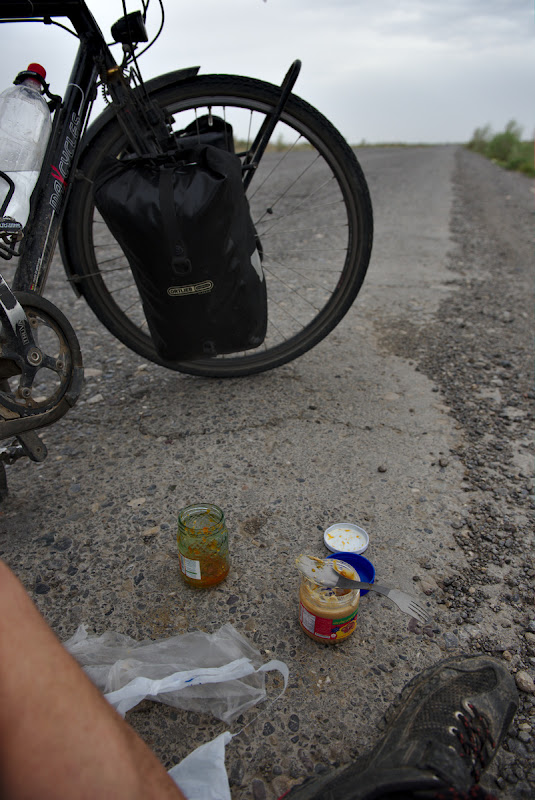 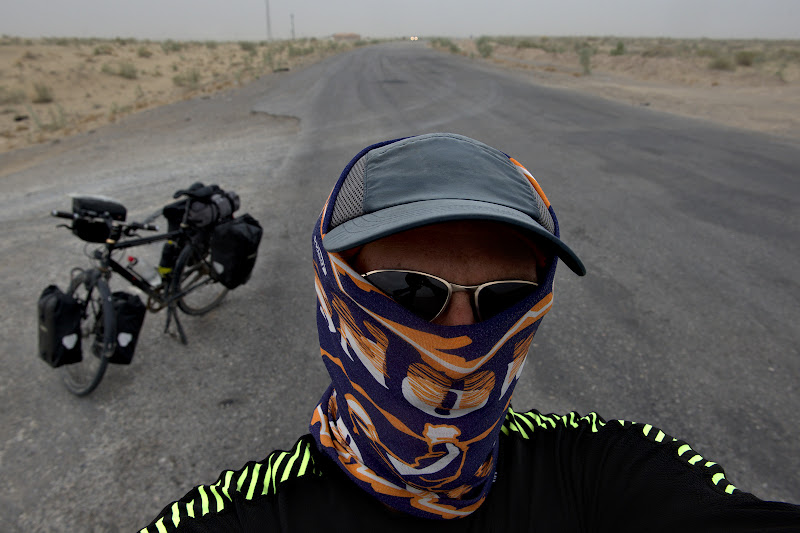 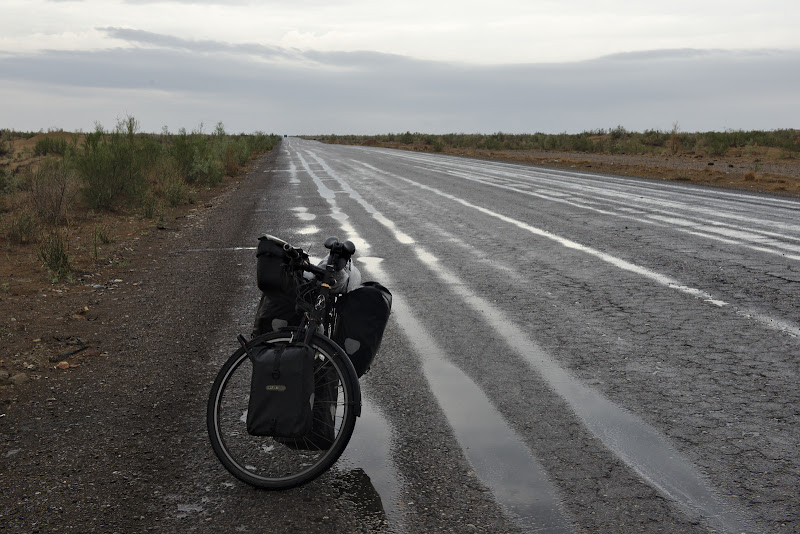 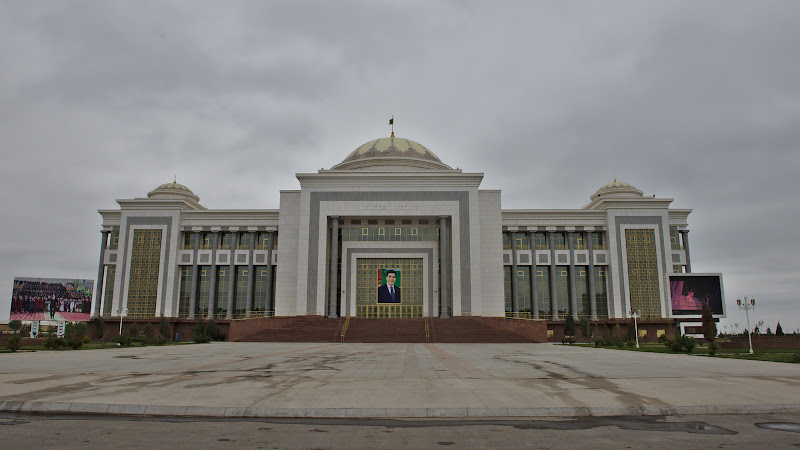 The beloved leader of the nation. 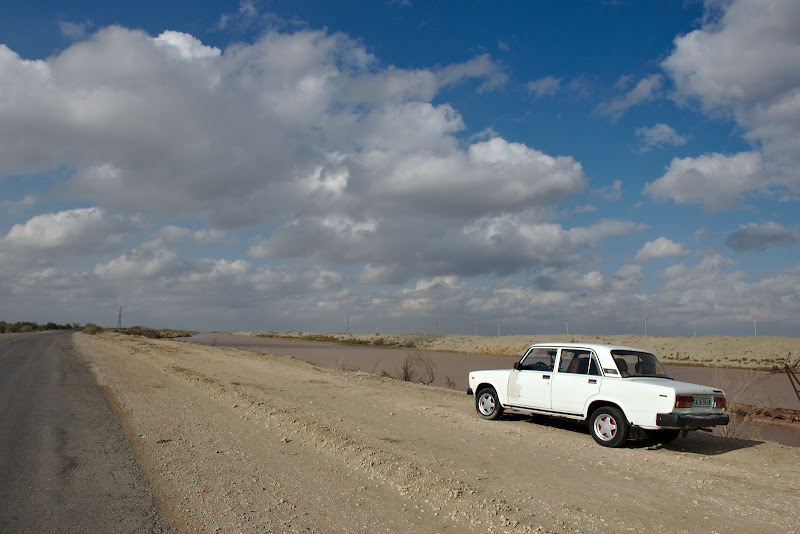 Still one of the most popular cars in the soviets. Searching for the trail in the Marmarole

A small adventure in the wild Marmole Dolomites, a mountain chain which has quite a number of high bivouacs amongst them Musatti and Voltolina

2 thoughts on “A quick dash across Turkmenistan, the Karakum desert, empty roads and the ancient city of Merv”