Ararat is a mountain which you see from far away when you come from either direction and if the air is clear it’s probably visible from at least 200 kilometres in each direction. And as beautiful as the Anatolia plateau might be it is very high and relatively rough and so I didn’t manage to ride more than 80-90 kilometres a day, which basically means that I’ve had Ararat in the background for 4 days.

It’s more or less understandable why there are so many myths related to this mountain as it has a clearly distinctive shape and it’s huge compared to the mountains which surround it. From Igdir it basically rises 4000 meters above the valley floor.

Anatolia seems much more rural than other parts of the country, with little villages scattered across the endless grassy hills and with small cities which are few and far between, and so I ended up camping a lot and spending a couple of nights at the locals. It was probably the part of Turkey which I enjoyed the most, with it’s harsh and vast landscapes. It’s probably a good preview and a good training of what I’m going to see later in my journey along the Silk road. In my opinion if time is scarce and if one doesn’t mind a relatively hilly ride it’s an alternative to the Georgia / Armenia route for getting into Iran. 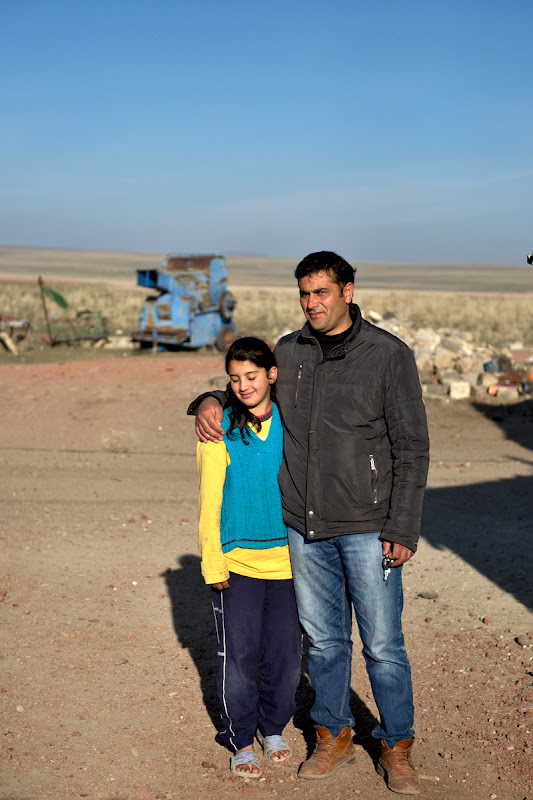 In the morning the hosts were already up at 5:40. 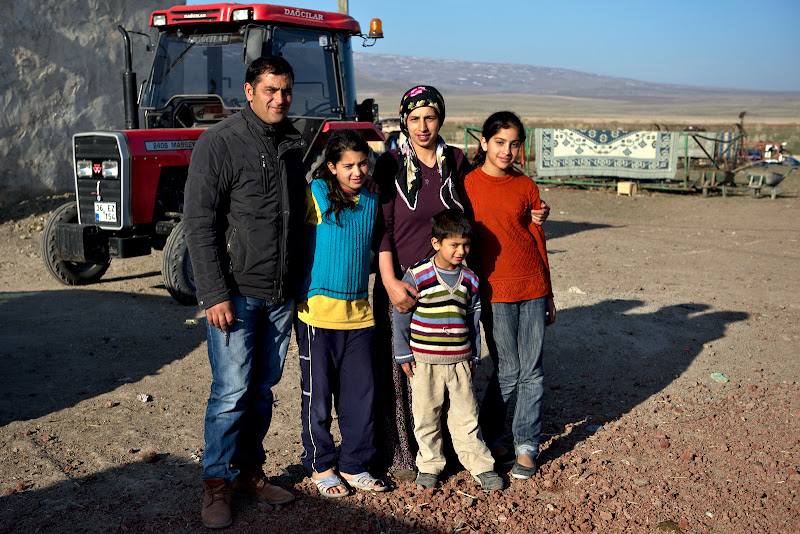 Together with the family tractor. 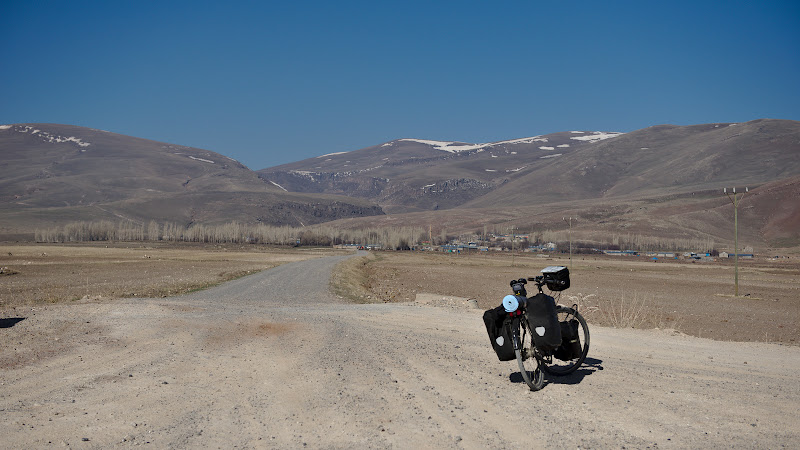 Life on the plateu. 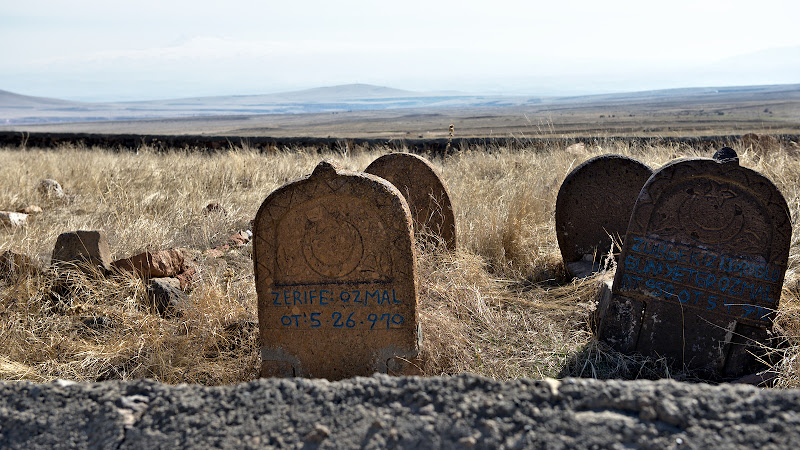 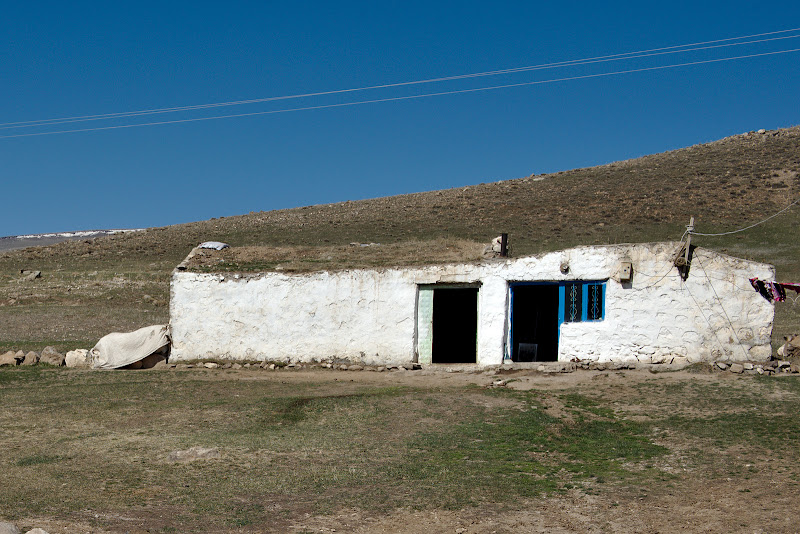 Hobbit style and the grass roofs of these houses. 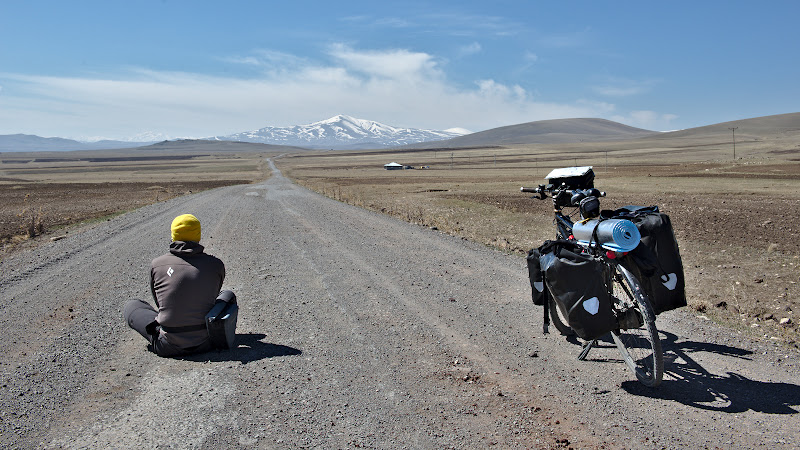 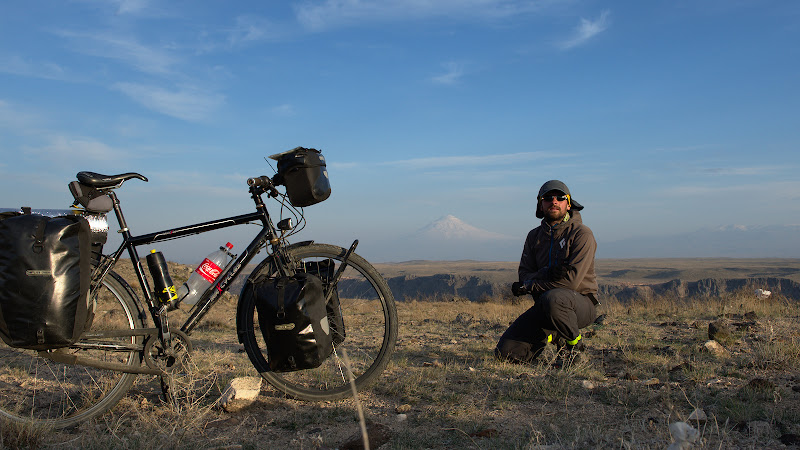 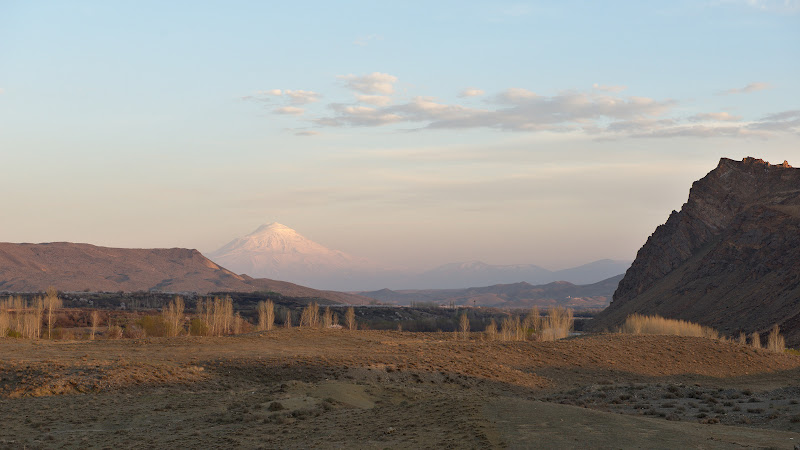 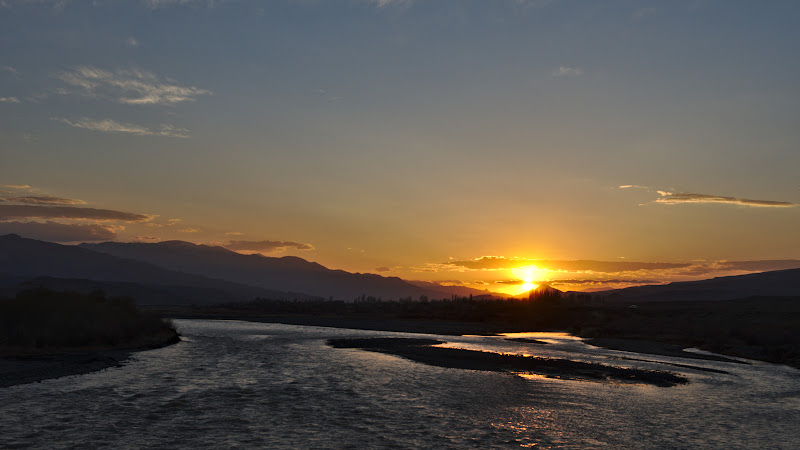 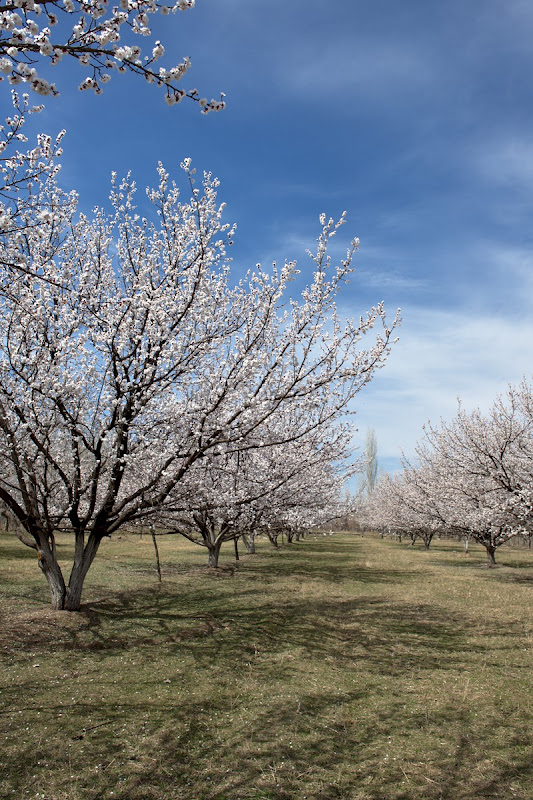 Spring on the valley floor near Igdir. 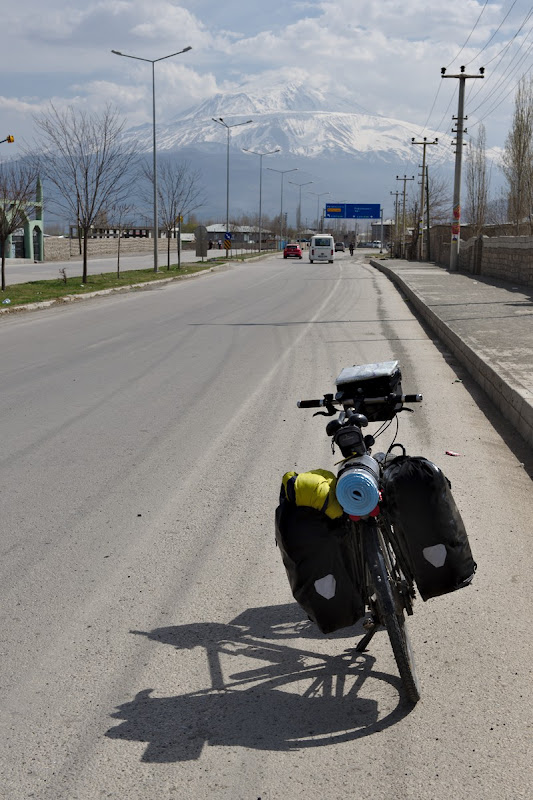 Rising 4000 meters above the road. Turkey, an introduction in Asia

The introduction in Asia starts in my case with Turkey, one of the most interesting countries I’ve visited up. But spring continues to delay it’s appearance.