Probably the strongest impression I have from Uzbekistan is seeing the mountains after leaving Samarkand, the first mountains I’ve encountered after almost 3000 kilometers through flat high plateaus and deserts. Somehow I really missed the mountains and even if I knew that tough times (and tough roads) are ahead I was really happy with the change.

Uzbekistan at the end of April looks almost magical in some places, with high mountains in the background, immense green pastures dotted by an infinite number of poppy flowers. It seems one of the best times to cross the country before the scorching temperatures of mid-supper, with more that two months with temperatures above 40 degrees.

From all the countries which I’ve crossed I think that the mixture of peoples and races is incredible in Uzbekistan, especially near Buchara and Samarkand. You see almost everything from blue eyed persians, to children with mongol looks, to Turkic faces and the blond hair and round faces of the Russians.

Also there is a huge difference between how travelers are perceived in the touristic cities and in the countryside. The human contact which you encounter on the least traveled cannot be compared with the way tourists are seen in major touristic site like Samarkand. There you one of many, while a hundred kilometers away on a dusty mountain road you might be the first guy riding a bike which they’ve seen this year.

This being said in the short time I’ve spent in Uzbekistan I did encounter some incredible examples of hospitality, and being invited to spend the night at locals happened quite a few times in the countryside, with the only mention that a little bit of Russian can really help up getting some information across. And it’s incredible how much you can express with a small vocabulary. I clearly remember an evening somewhere in the south of Uzbekistan, when the Maqsud was politely set the TV to a Russian channel thinking that I would probably understand something from it. I somehow got the impression that his Russian was not much better than mine.

And now for the practical considerations:

Uzbekistan is a place where you literally carry with you a bag of money as large amounts of small and almost worthless bills make a wallet a complete joke. Samarkand was also the first place after Turkey where I managed to withdraw money from an ATM which was more than welcome as my cash reserves where dwindling. On the other hand it’s really important to try and change money at money changers using the black market rate which is usually 20-30% better than what you normally get in a bank,

The roads are really bad sometimes, with long stretches under construction and a lot of gravel in some places. On the plus side most of the cars are Ladas or small Chevrolets and generally the traffic isn’t disturbing.

The food can be summed up in Plov, the rice dish popular in the entire Central Asia, Laghman, a very consisten noodle soup, and Samsa, tasty baked pastry with bits of sheep meat and onions inside. Samsa on the other hand can be a bit dodgy if you have a sensitive stomach and I did meet at least two travelers which got food poisoning from it.

Theoretically in Uzbekistan a tourist should spent each night in a government approved hotels, where you receive a small note saying that you’ve spent the night there. Also theoretically police can check you for these notes and police stops (and there is one going from each county the the next) or when you leave the country. While biking following these rule is next to impossible and my experience was that the police officers were ok when I explained this at police stops. At the same time you can always meet the bribe awaiting policeman.

Bukhara, Samarkand and Shahrizabz are amazing well preserved medieval silk road jewels and probably if you want to travel a bit back in time and if you want to get an idea what the silk road meant to the region they are a must see. I did like Bukhara much more than Samarkand which seems overly sanitized. When you add the variety of the landscape in the south-eastern part of the country and the relatively empty roads you end up with a place which is really enjoyable to cycle through.

As I’ve said before the people are incredibly hospitable and also really diverse. Near Samarkand you encounter Uzbek villages and you almost always see people working in the fields, maintaining  an incredible network of irrigation canals and perfectly aligned fields. Then you have the city dwelling tadjik and the shepherd villages of the relatively nomadic Kyrgyz, all in just a few hundred kilometers. And they are all generally hospitable and friendly, but a bit of basic Russian will really get you a long way. 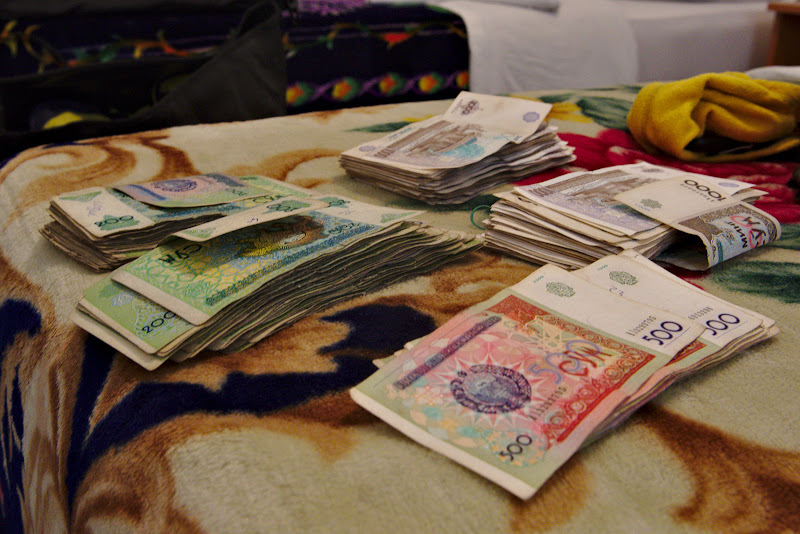 A bag of money worth around 100 dollars. 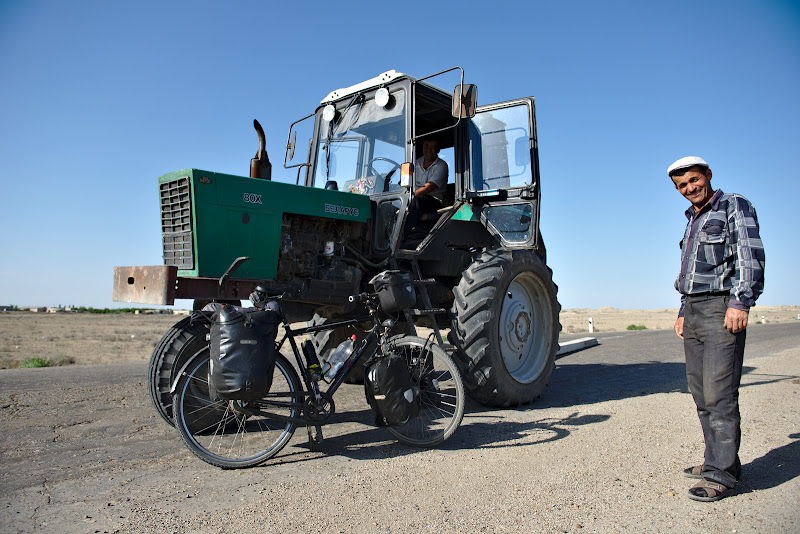 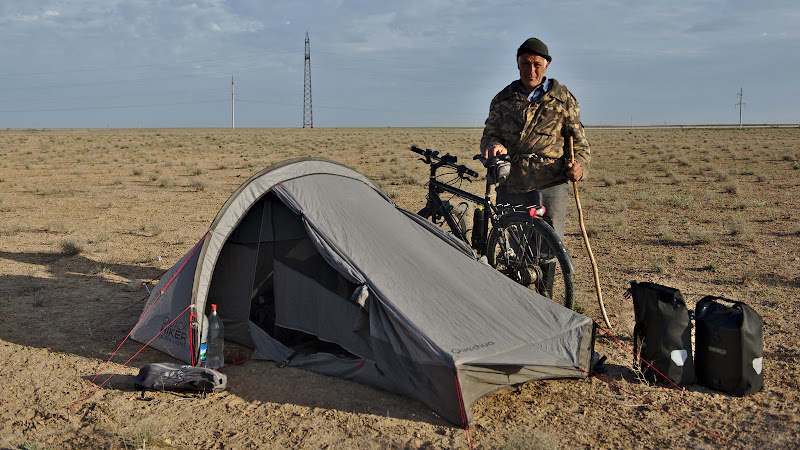 Curiosity and the chance of practicing a bit of russian. 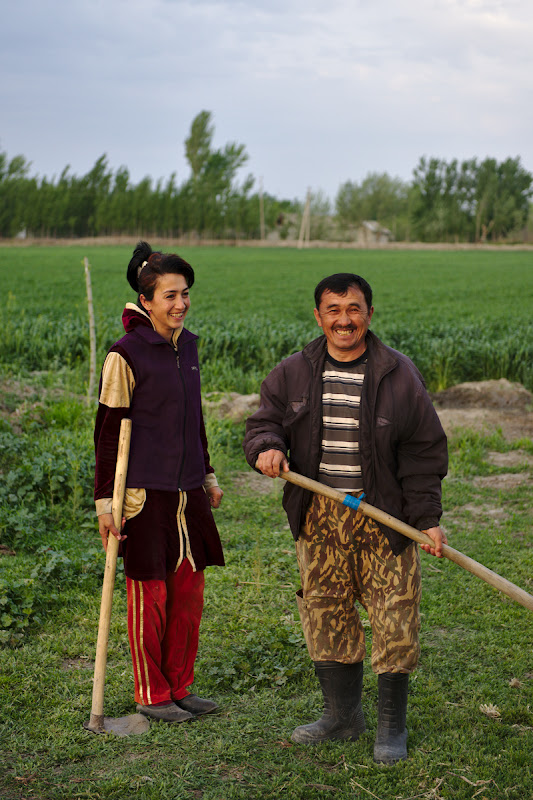 Work beggins with the first hour after sunrise. 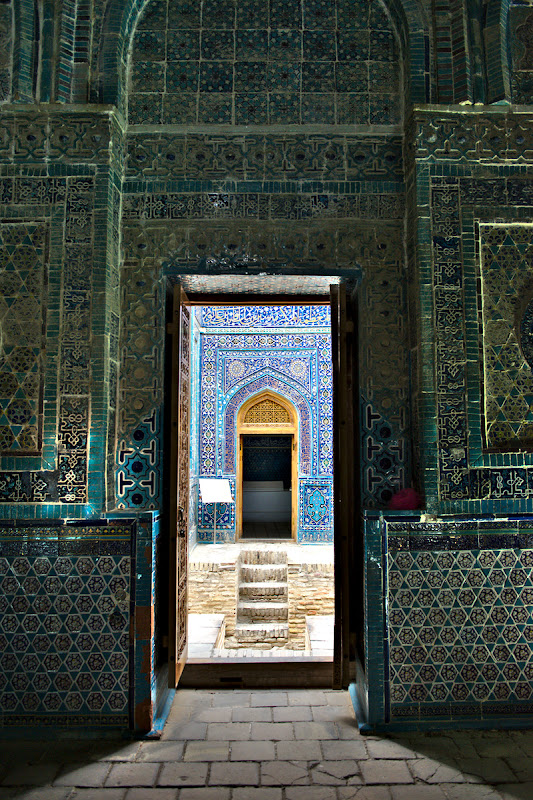 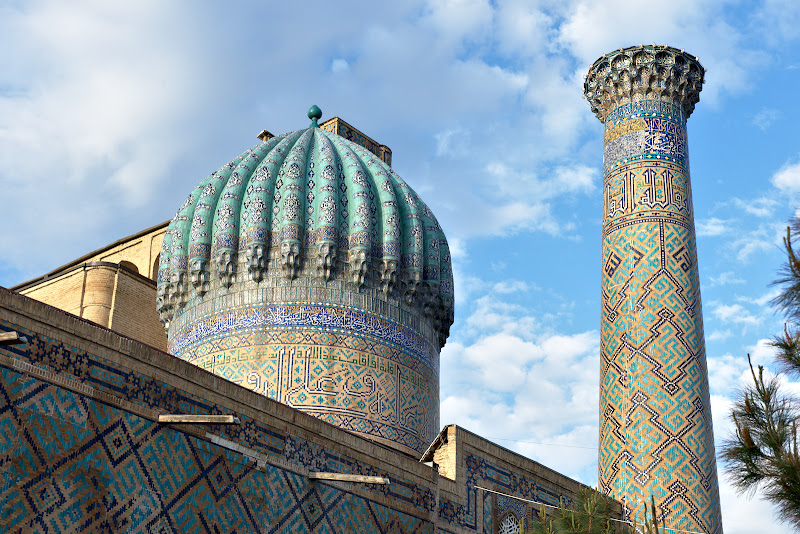 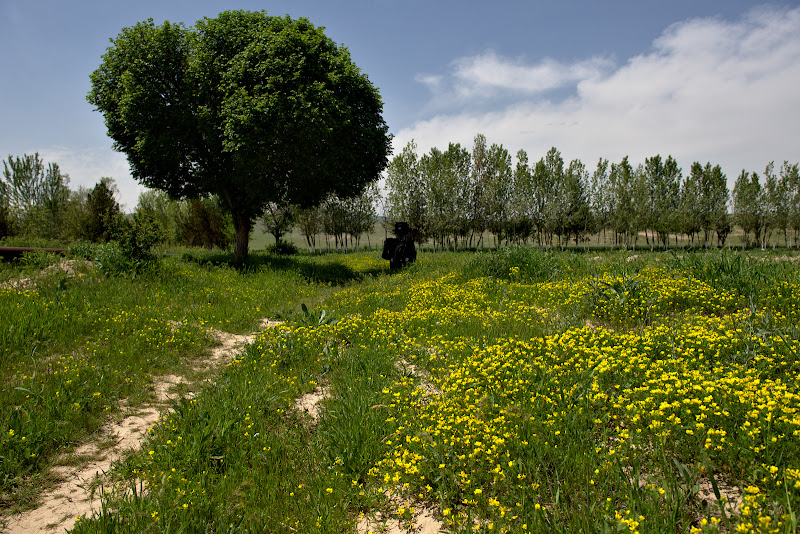 Searching for the shadow. 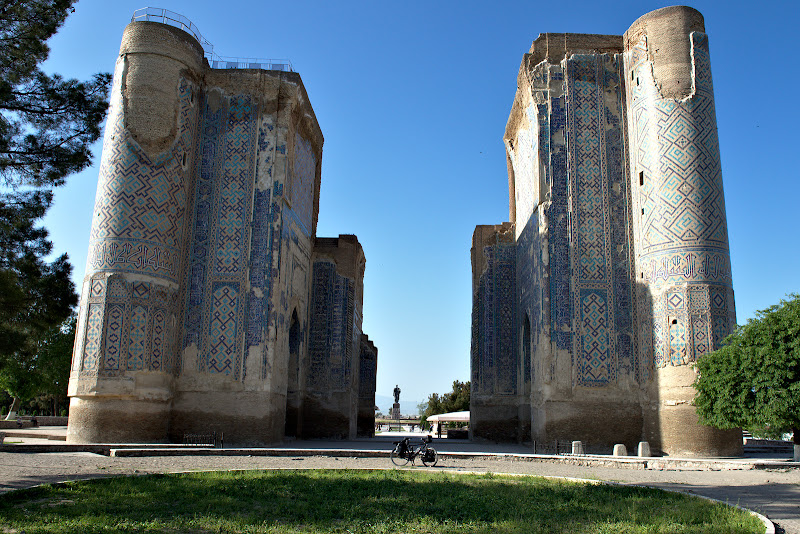 Shahrizabz and the imense gate of the summer palace of Timur. 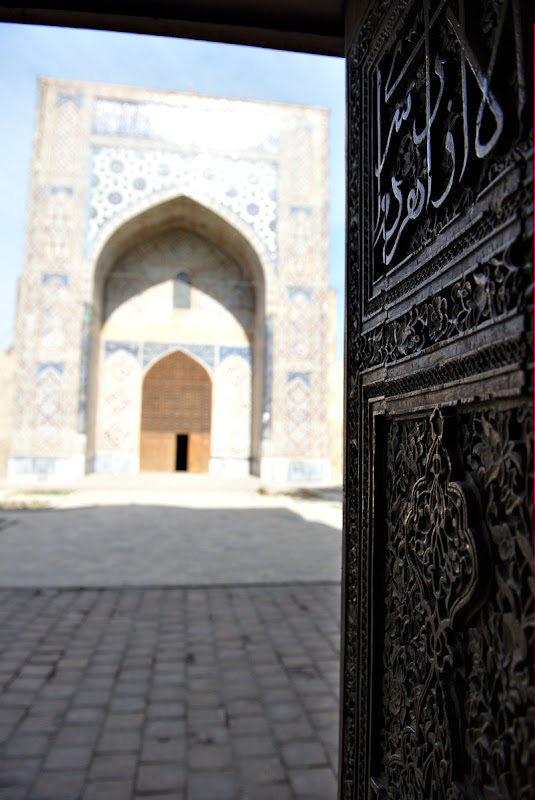 The entrance to a 600 year old mausoleum. 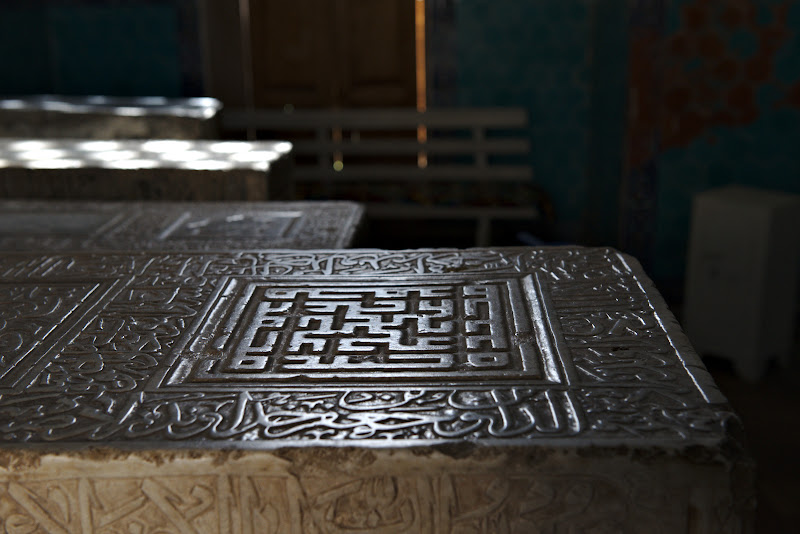 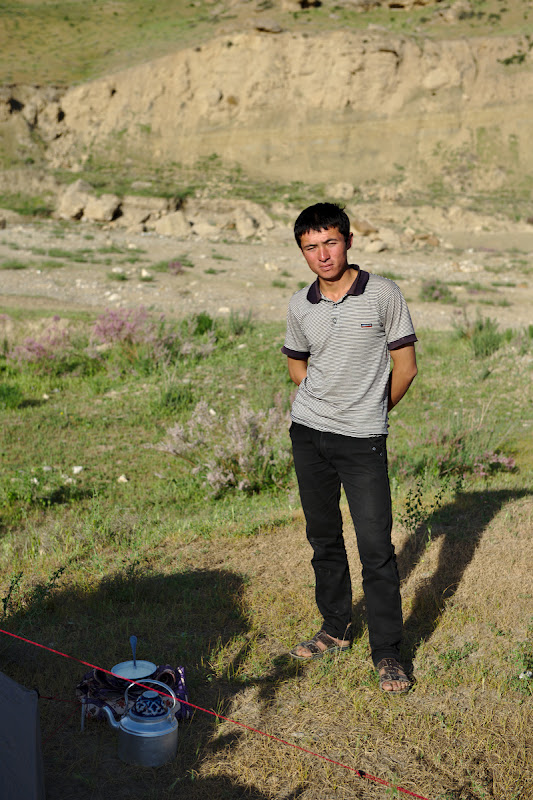 The typical breakfast, yogurt and bread. 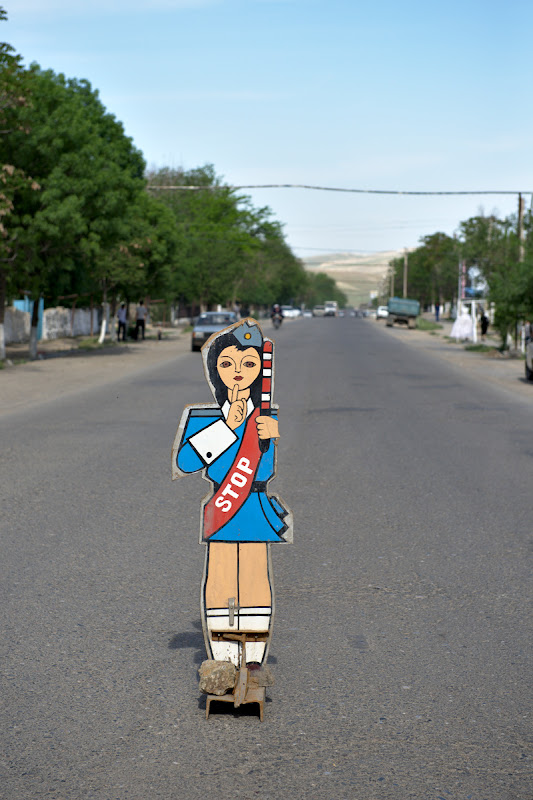 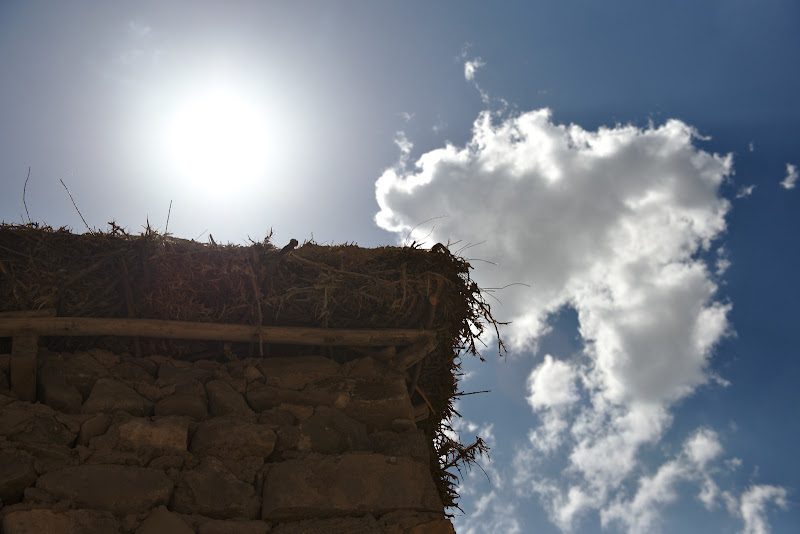 Finding shelter from the heat. 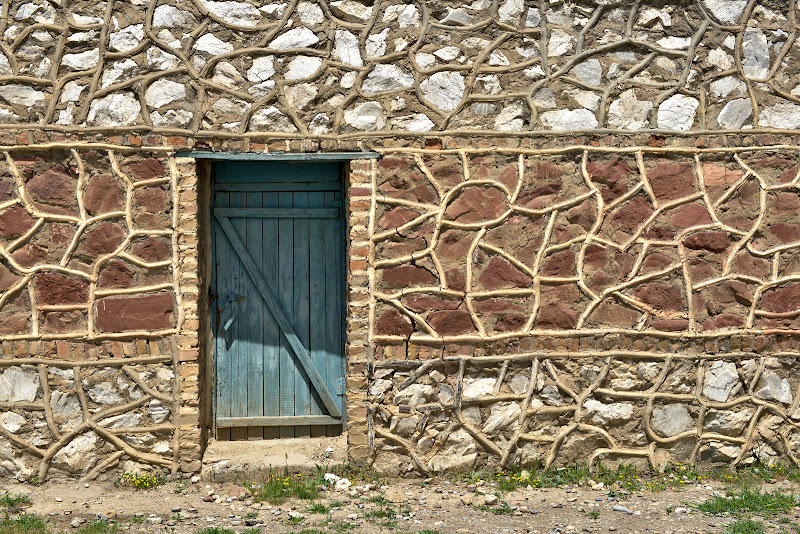 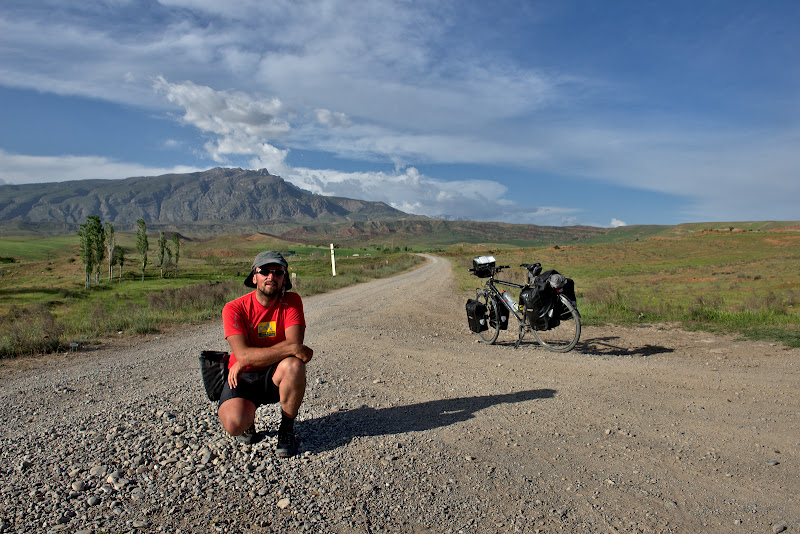 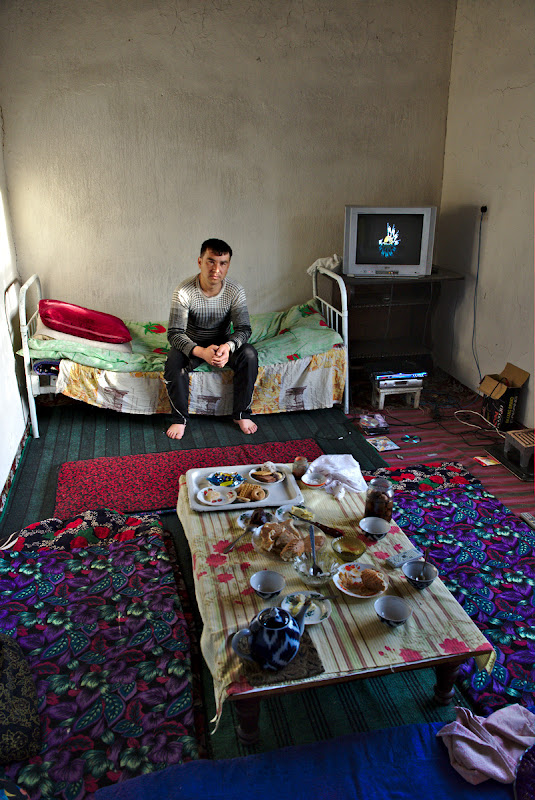 Inside one typical uzbek home. 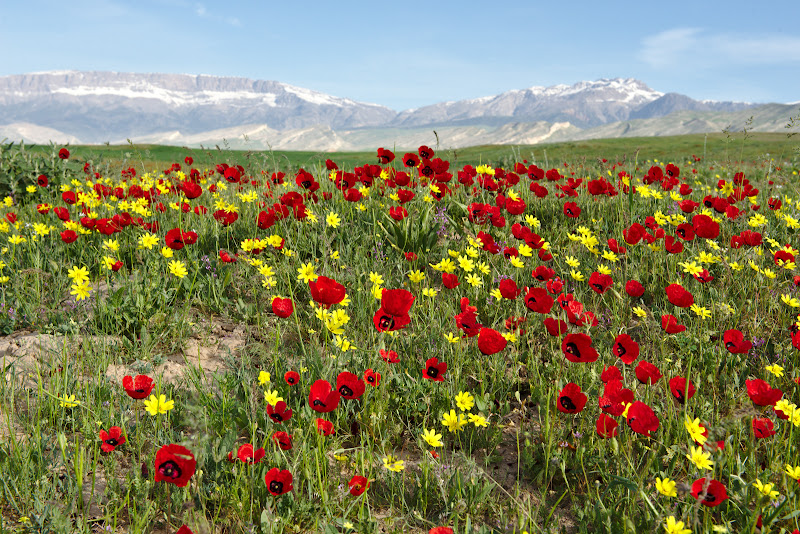 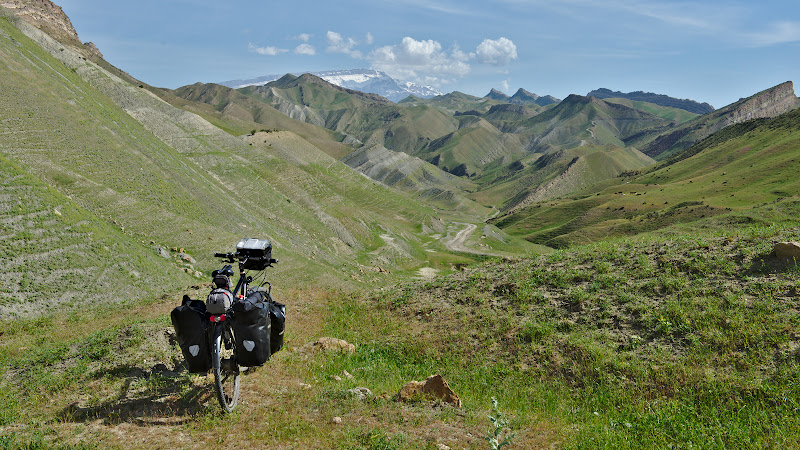 Heading towards the Pamirs. 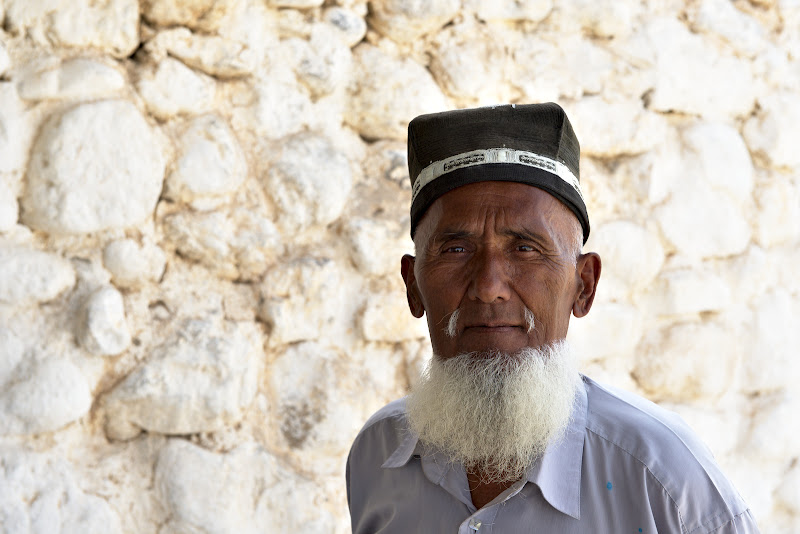 Uzbekistan, the sunset over Bukhara, jewel of the east.

A short visit in a city which seems to be frozen in time since the times of Timur. In just a few minutes the sun is going hide behind a mountain in the background and I’m rushing with my camera in my hand in order to catch the last glimpses of light over Ani. I’ve been pedaling the entire day at altitudes over 2000 meters with headwind and I’ve managed to reach the […]