After almost a week in Wilder Kaiser, we feel the need to change the mountain and to diversify our activities. Even though we wanted to see Dachstein, in the end the call of the Dolomites is stronger, and so after a morning swim at the foot of Wilder Kaiser we drive the 250 kilometers which separate Wilder Kaiser from the Dolomites.

We plan to get in places we didn’t see 4 years ago, and I have some ideeas about trail running with a minimal bivouac equipement, and with sleeping and bivouacs which somewhere high above in the mountains. And in some parts of the Dolomites there really are some spectacular bivouacs.

But after the last shady days spent in the north faces of Wilder Kaiser, the moment in which we reach the austrian highways and the italian roads we start to feel the heat wave which has gripped the Alps. Even though after a small getting used to period I have no problem with high temperatures, going fast from cold to hot pisses me off, especially when hot means 34-35 degrees in a car without air conditioning. And come to think of it, the last time we felt such temperatures was almost two years ago, as we discovered that in Germany the thermometer rarely rises above 30 degrees (and when it does it turns into a national catastrophe).

We chose as a refuge for the hot weeked the Marmarole mountains, part of the Dolomites, somewhere between Sorapis, Cadini di Misurina and the Tre Cime di Lavaredo.

We start up the mountain around 17 o’clock, with a minimal setup which would enable us to sleep at the Musatti bivouac, 2200 meters above sea level, in wild glacier cauldron with just two trails to reach it.

The route starts as steep as the normal routes from the north side of Wilder Kaiser, with a trail which seems to be relatively unmaintained. As we gain some altitude a summer storm closes in,  and by the looks of it we realize that we’re going to get wet to the bone. Our only hope is that it will also end quickly, and and that we’ll have enough time to dry ourselven until we reach the bivouac.

Around we can hear thunder, and we can see the not so distant lighting  and when we’re almost half way up the mountain we see a think cover of rain aproaching us. I only have time to take a quick photo of the impending rain which mixes with the last rays of sunshine before packing the camera inside the backpack, and afterwards up we go through the warm summer rain.

The rain fortunately stops as suddenly as it started, and we finally reach the refuge in an aerie atmosphere, when end of the storm mixes itself with the evening. The refuge is empty, and in a selfish way we’re glad that we have it only to ourselves. And it really is one of the nices places to spend the night with incredible views towards Cadini di Misurina and towards Sorapis.

Taking advantage of the blueish light I take quite a number of photos. Everything is completely still, and the thick wet grass lays thickly covered in the drops of the previous storm. At the same time I’m glad of the fresh and cold air which you can breathe up here, compared with the heat which we had to endure during the day. 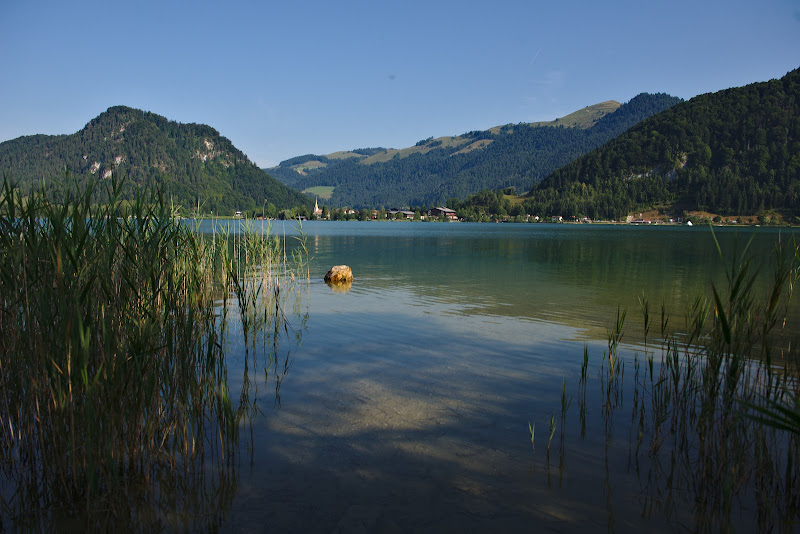 Saying goodbye to Wilder Kaiser, in the perfect bathing spot at the foot of the mountains. 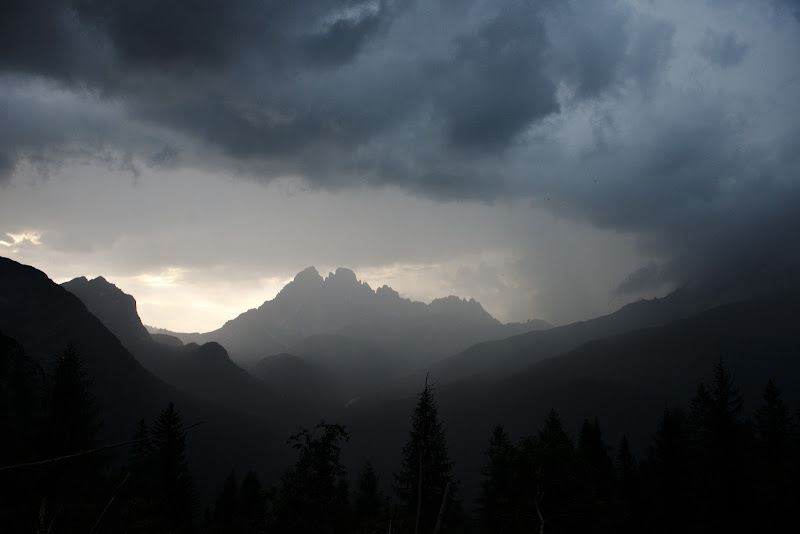 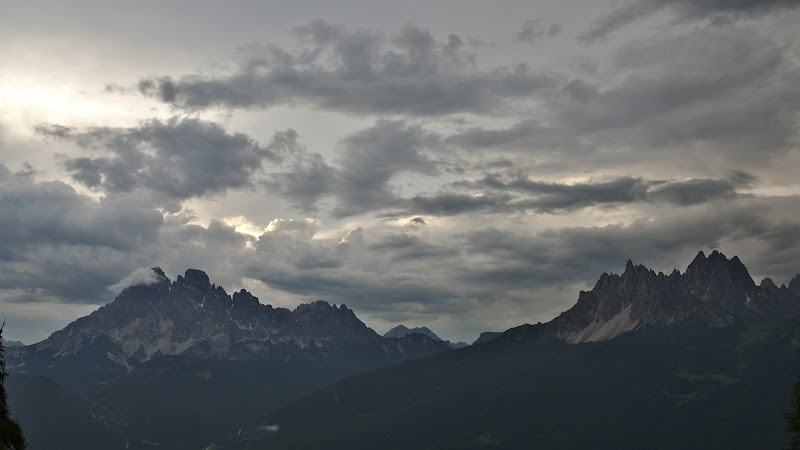 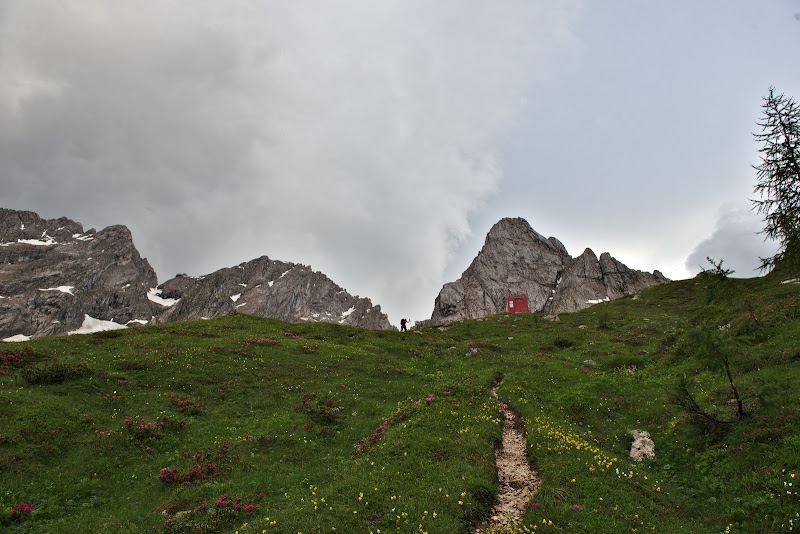 Just a little before reaching the Musatti bivouac. 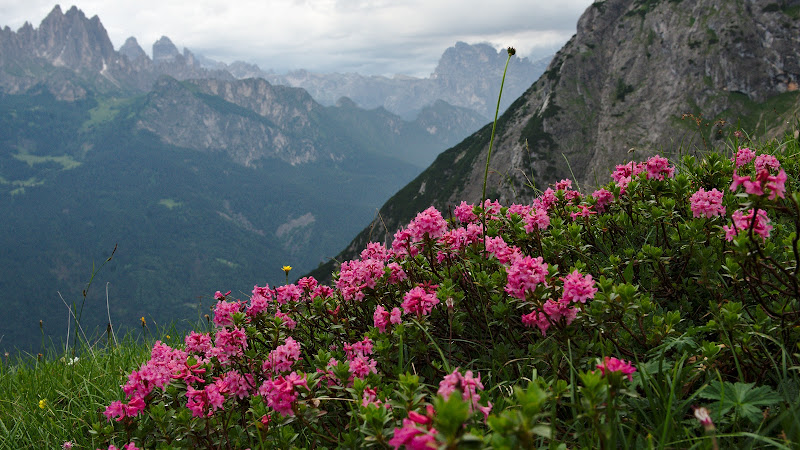 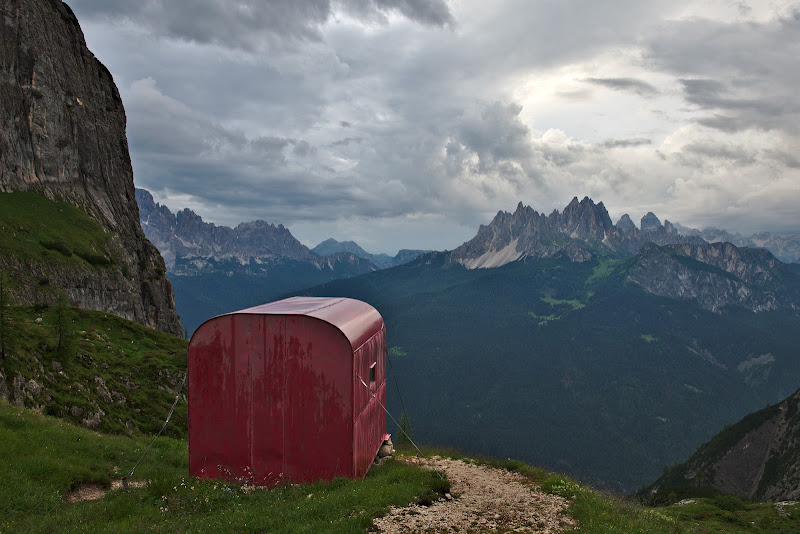 And the Musatti bivouac. 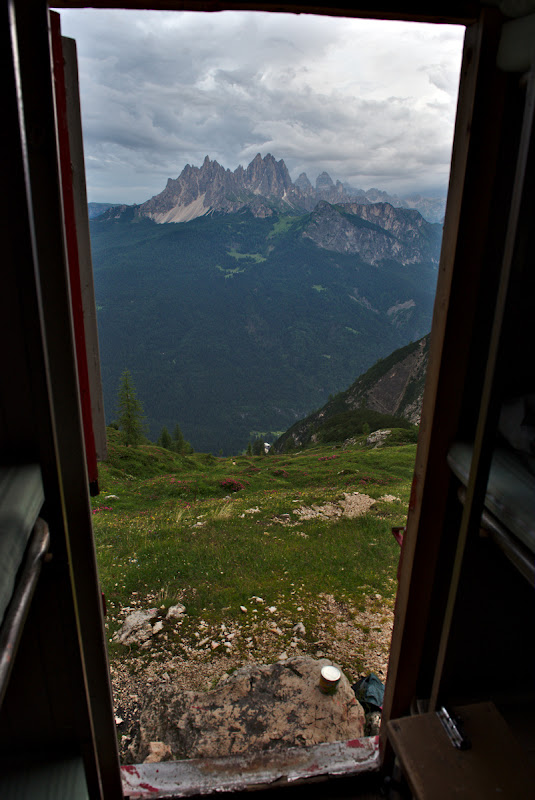 The view from inside. 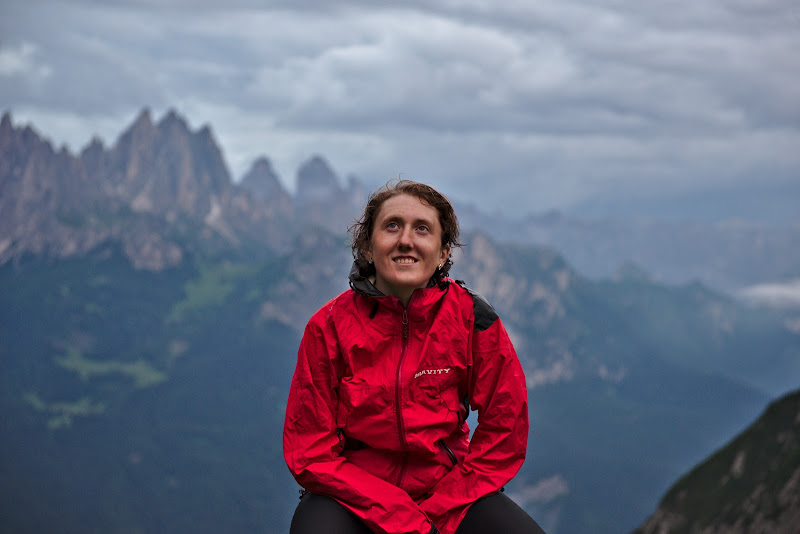 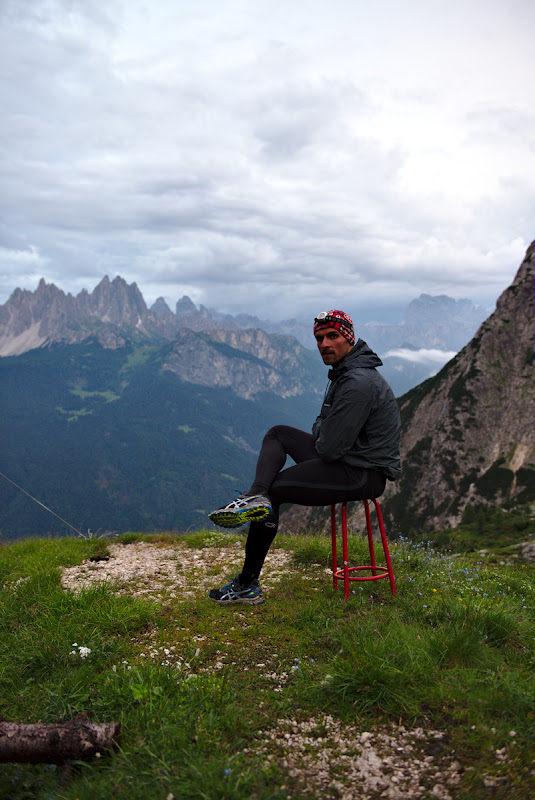 To bad for the tights which ruin an otherwise good shot. 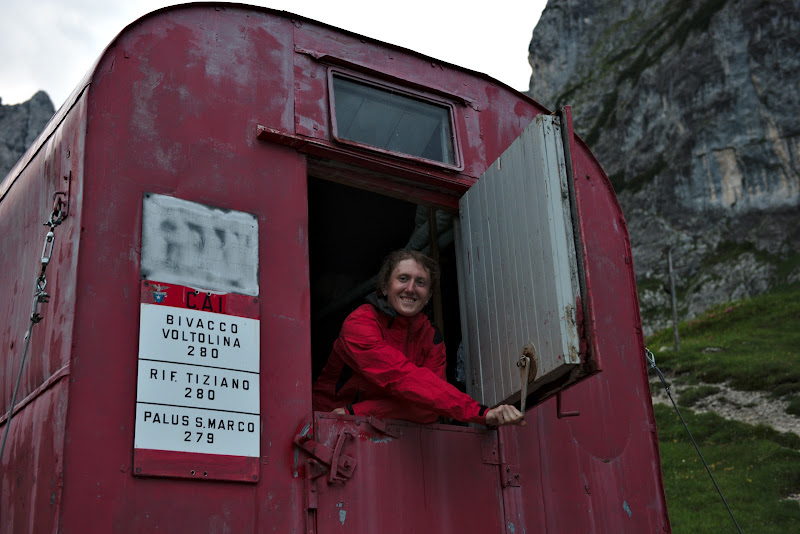 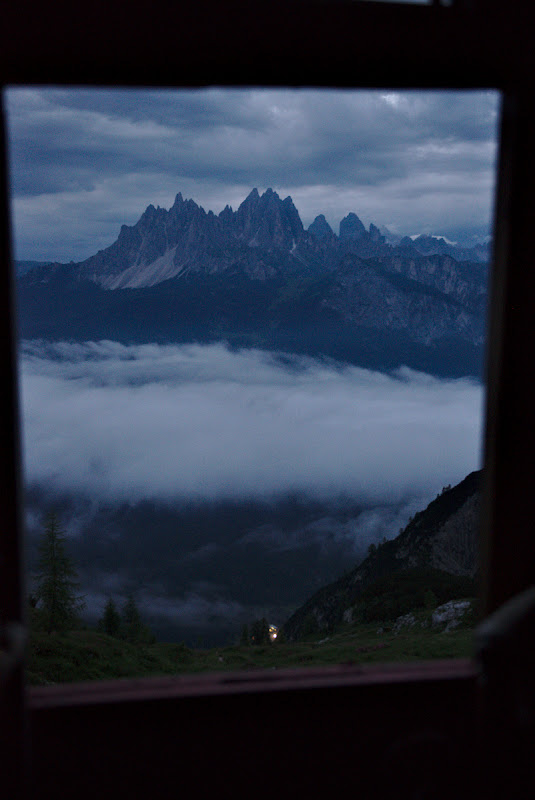 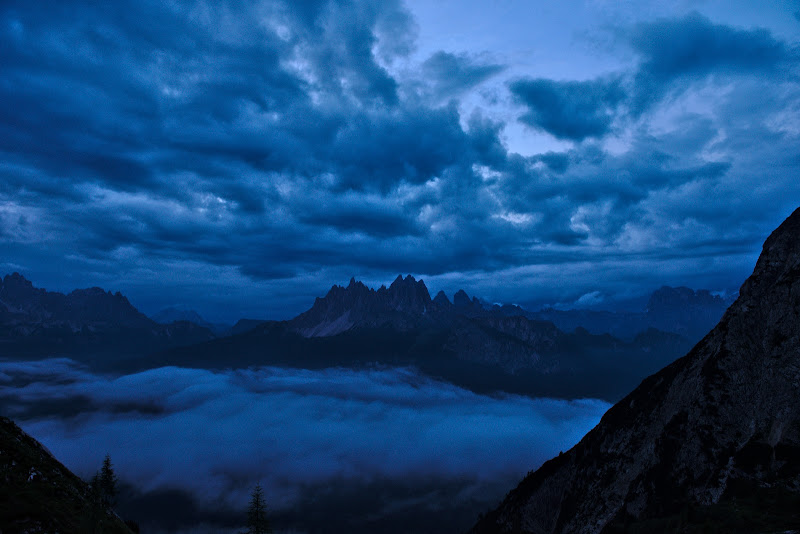 In front of the microphone

The experience of talking for the first time in front of an radio microphone at two Romanian Radio stations.