The first pair of winter shoewear which I’ve bought was a pair of plastic boots, nearly 6 years ago when I was begging to venture out in the mountains in the winter time. Unfortunately as plastic boots are a bit to much for the romanian winters eventually they got replaced by a pair of normal winter boots, and they have been laying around unused.

And as I’m going to need them for Khan Tengri, and as I’ve forgotten in the meantime how it is to wear plastic boots (not completely, some ski boots feel similar or even worse) I though that the weekend would be a good opportunity to bring back those memories. Unfortunately snow has been really scarce this winter in Romania and we headed for the only place where it can still be found, the shady valleys of the Bucegi mountains.

As training we decided to carry the bivy gear and to sleep somewhere on the plateau, so the backpacks were a heavier than usual. This, combined with the fact that the valea Alba wasn’t in the best condition made the ascent a bit longer. Basically even if it’s late January in a normal year there should be more snow here in November, but the weather and the climate is changing and somehow to a certain extend we all share the responsibility for the change.

We’ve spent the evening and the night at the refuge from the Omu peak with Mihaela and Cosmin, two friends which ascended via the Bucsoiului ridge, and after a long sleep and a foggy morning we decided to descend on the Morarului valley in hopes of finding enough snow for an easy descend. In the end we found enough snow but at the same time we’ve had a small incident with a crampon breaking at the wrong moment, but after a quick improvisation (without duct tape) we managed to make it once again usable until we got down.

And regarding the plastic boots in the end they were quite ok, unexpectedly I would say. The only issue is that in warm weather they have to be dried every evening in the tent or in the refuge. In these moments the advantage that no water can come in turns in a bit of a disadvantage as at the same time no perspiration can get out, and you basically get wet from the inside… 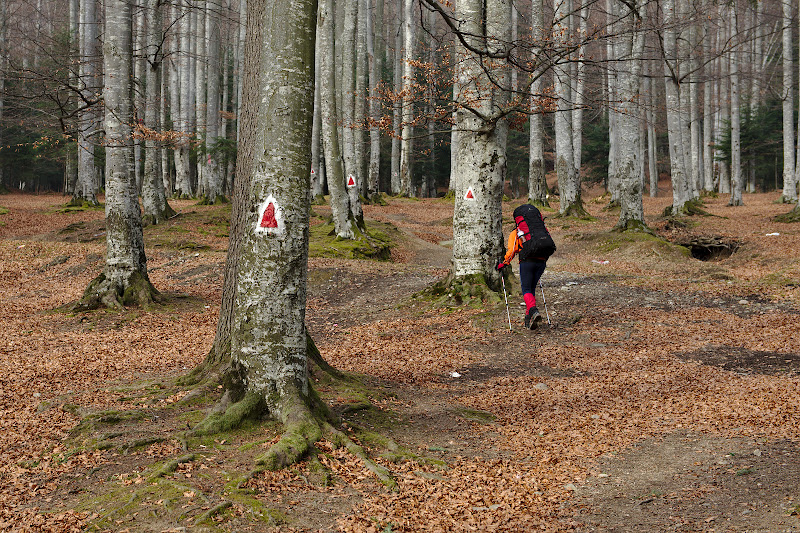 Somewhere between autumn and spring, but it certainly isn’t winter 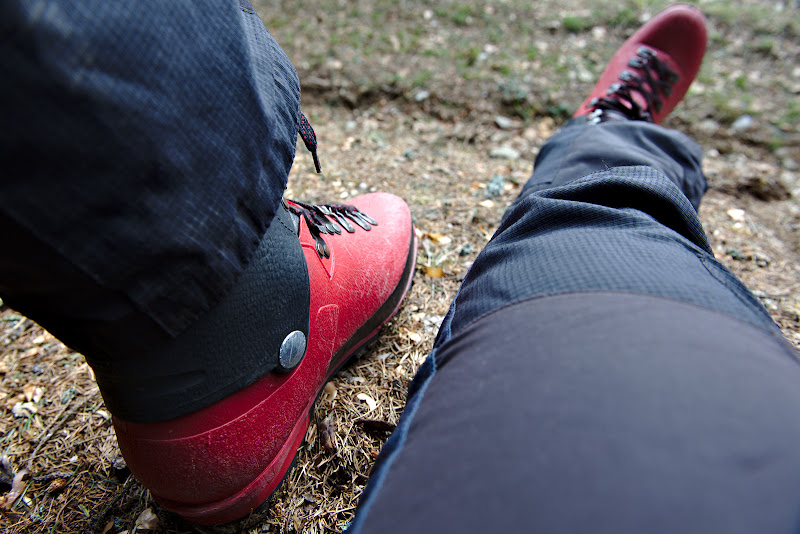 My not so shiny plastic boots. 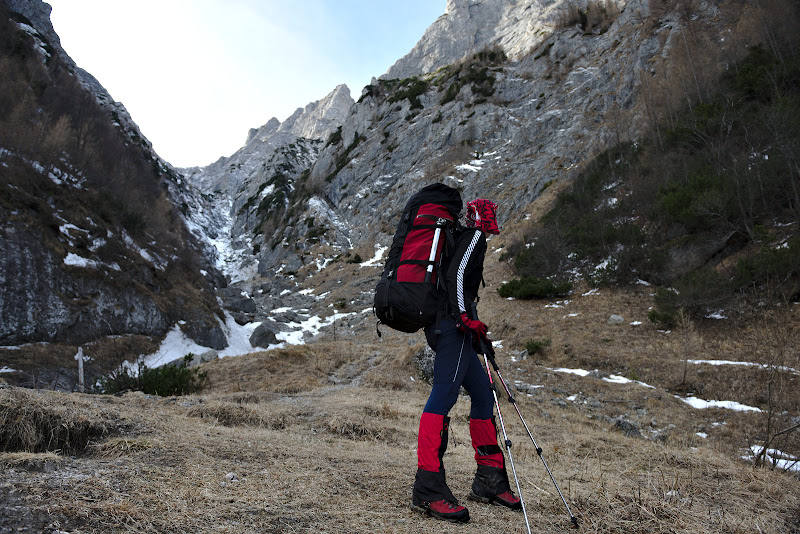 Getting to a place called “La Verdeata”, literally meaning at the green place. 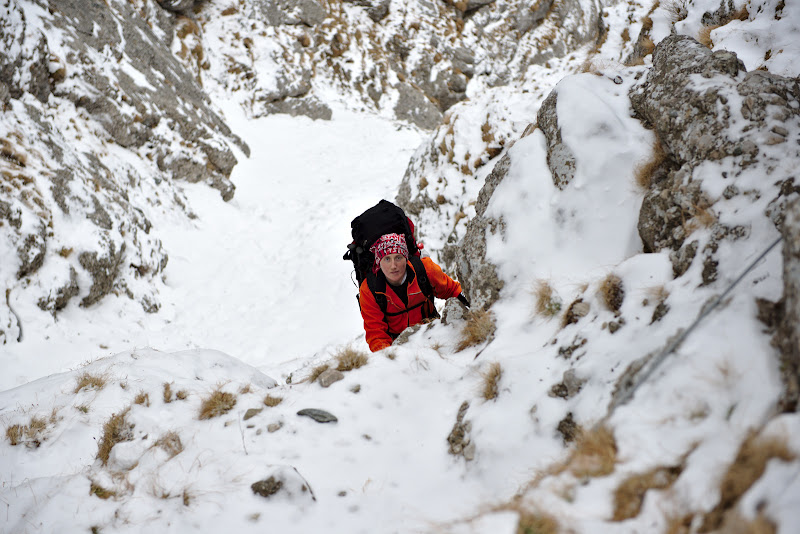 It’s not so easy as it seems with a heavy backpack. 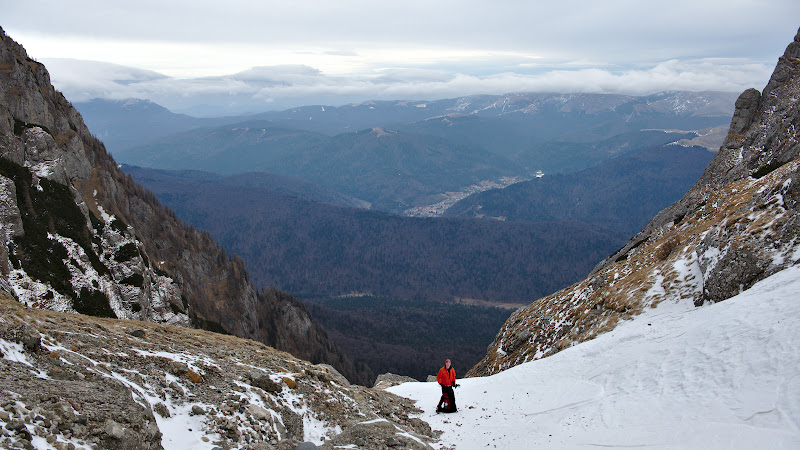 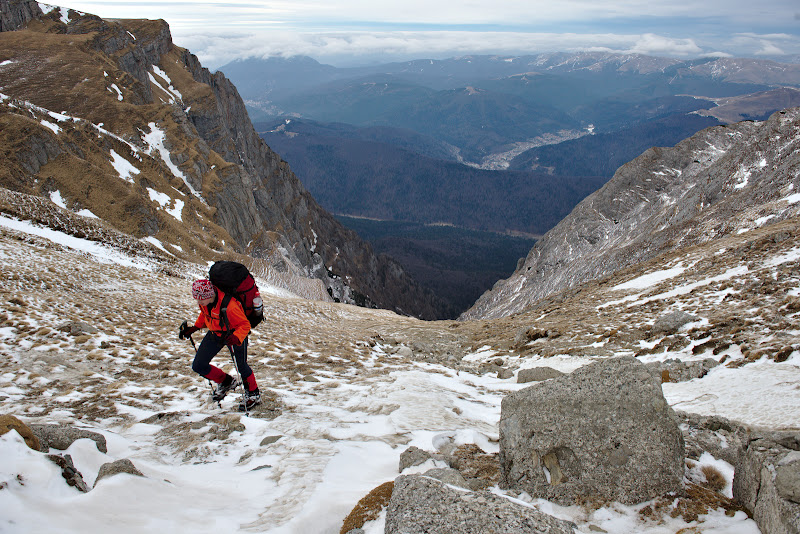 Jut a bit more until the top. 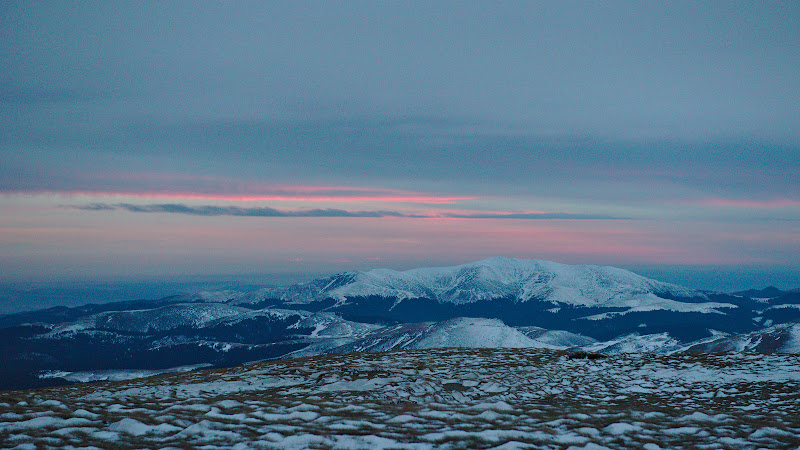 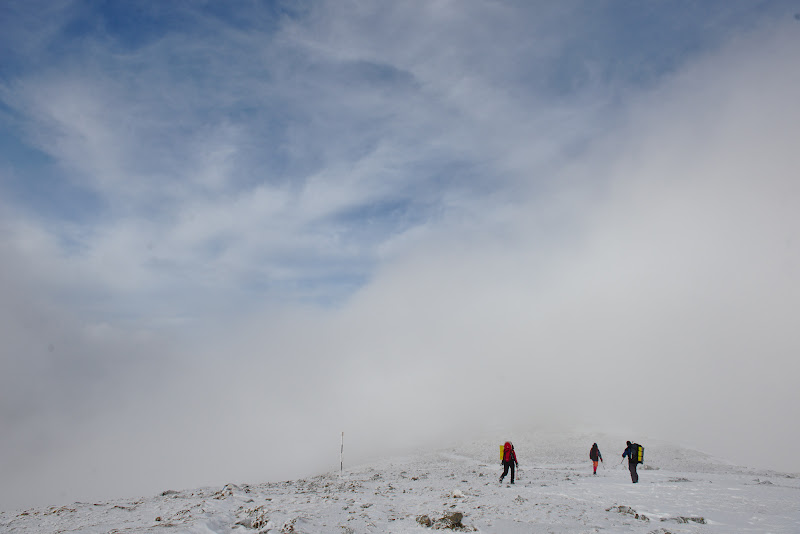 The wind blows fog over the Omu peak, and we follow it to the valley. 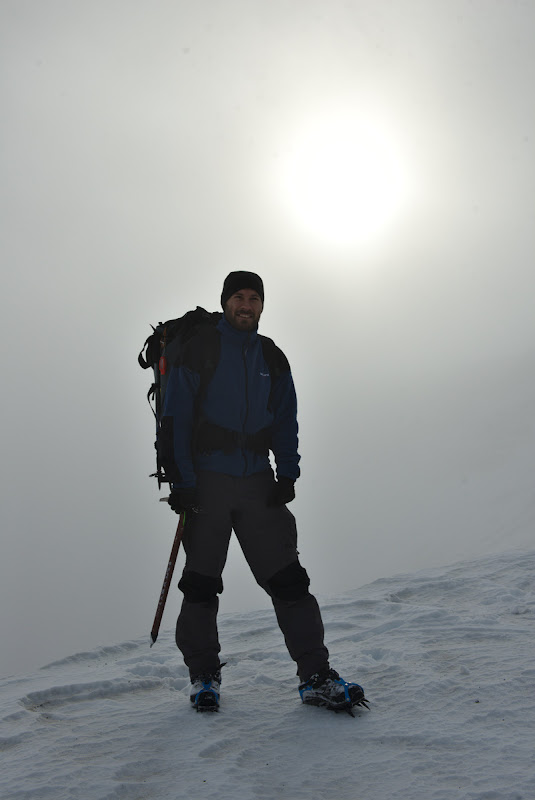 Cosmin and the sun. 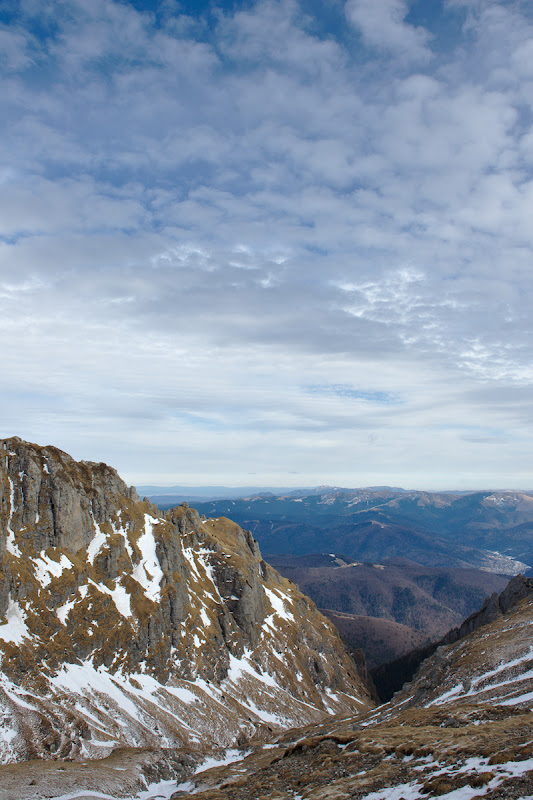 January sky without the january snow. 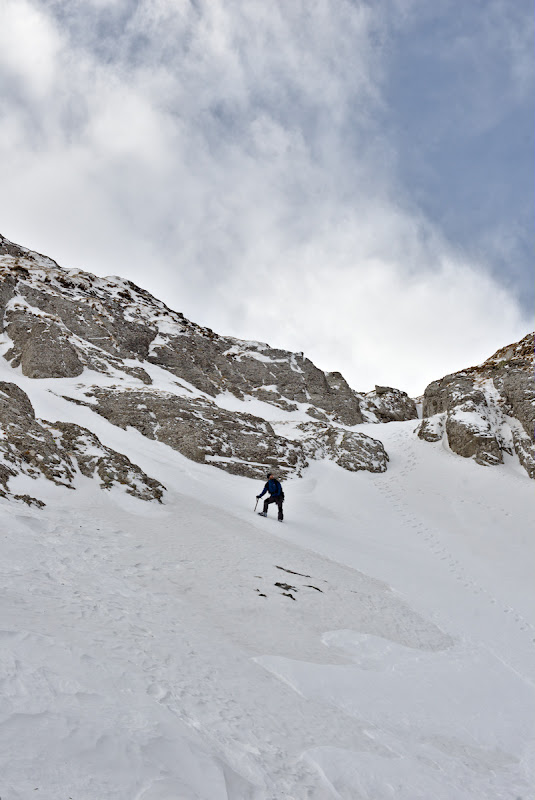 On one of the snowier sections of the valley. 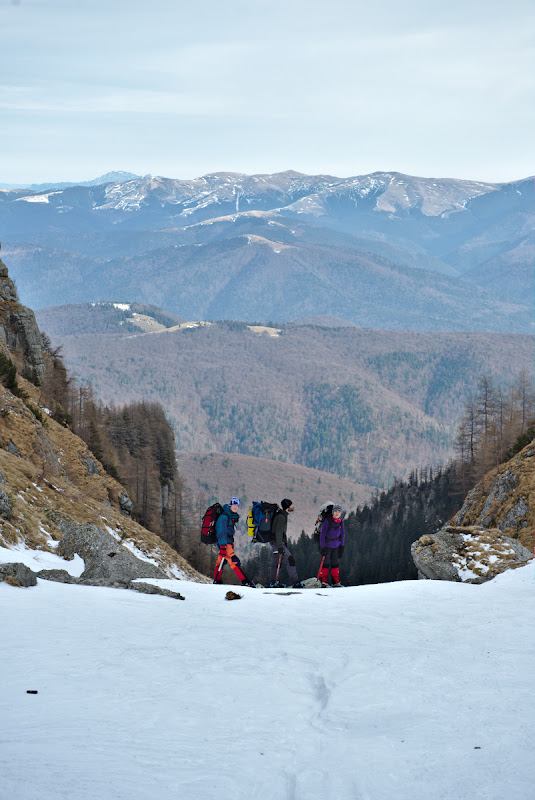 We wake up early in the morning, and after finishing all the food we had heft we say goodbye from Strisenjochhaus for a while, and we start down towards the parking place. After two days with a lot of climbing our bodies which are used to 20-30m walls ask for a break, so that we’re […]