Winter is here, and as I push the ski through the one meter snow I find it hard to believe that less than one week ago I was riding my bike for 180 kilometres through the dry Romanian plains. But now a weather front brought the much needed snow, and as still have a couple of weeks before my departure it would be a shame not to take advantage of it. I can only hope that it will melt until then, but the chances are pretty slimb and I’m pretty sure that it wouldn’t neither the first nor the last snow I will encounter along the way.

But going back to the ski touring day, fresh snow usually means avalanche danger and in my opinion travelling in a group is a must. In the end it’s a trade, you provide avalanche safety and your team-mates provide the same for you. And so we’ve found ourselves as the four musketeers of the Baiului mountains, me, Bubulu, Balan and Dani, with an equally flexible schedule, an equal dislike for ski resorts and equal desire to find untouched descents in fresh snow.

The only problem for me is that I haven’t used the skis since last year in march, when we climbed a lot of 3000 meter peaks in the Vent valley in Austria. And each season the first time you put the skis on your feet and you try the first few turns you cannot help but wonder if you still know how to do it. But it quickly comes back and only the muscles lag behind until the specific fitness is once again built. I’m afraid that I won’t have time to build this fitness and use it, but skiing still is a lot of fun to me.

Encouraged by Bubulu I brought the wider and heavier skis, together with the heavier boots and I have to work a bit on the uphill parts in order to keep up the the racer equiped Dani and Balan. At least am I’m not alone with this problem, and Bubulu has an equally heavy setup. In total the tour gathered around 16 kilometers and 1300 meters of ascent (the equal descent), a couple of faces with powder on the Cazacu and Urechea peaks, a lot of fighting for opening the track in fresh snow. I couldn’t have asked for a better beginning of a rather short skiing season, and my only hope is that the other guys (some of them are amongst the fittest in Romania in mountain sports) haven’t waited too much for me. Next time it’s time to try out the light skiing setup for this winter, the TLT 6 with Movement Iki and with TLT Speed. 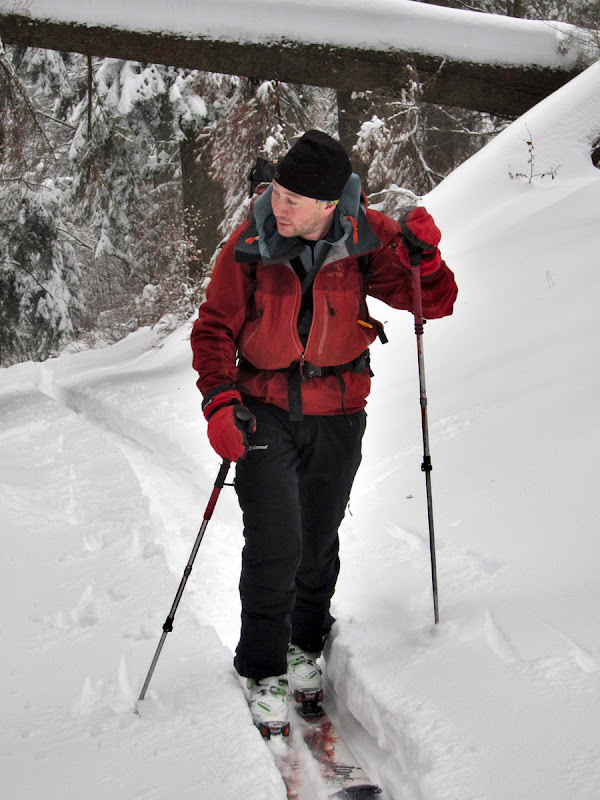 Opening the track through thick snow 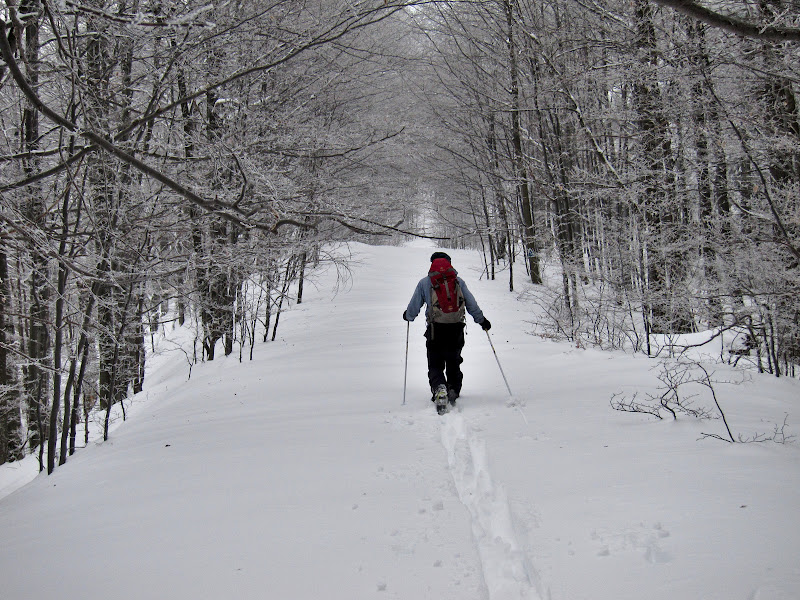 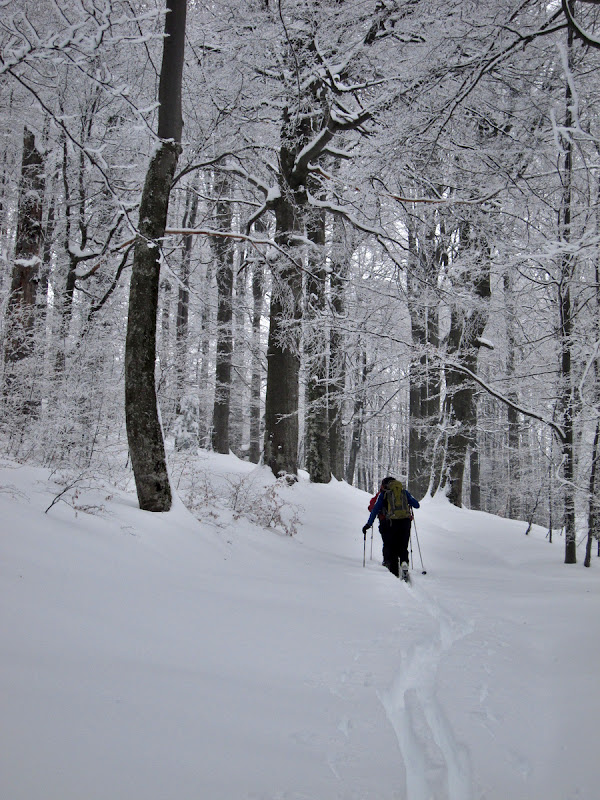 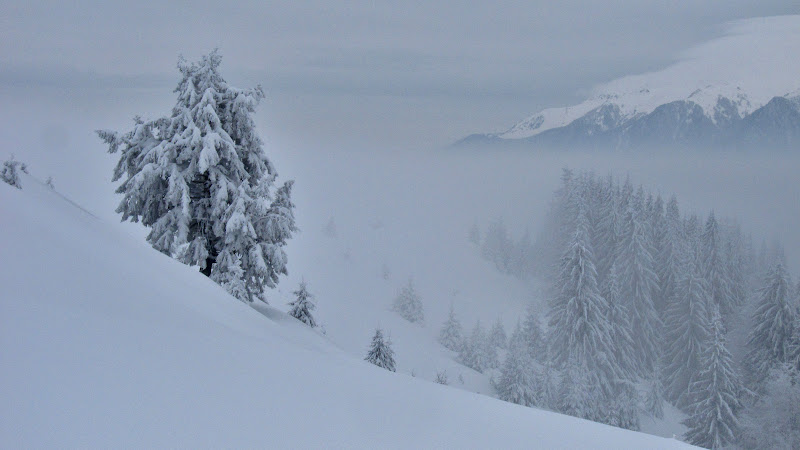 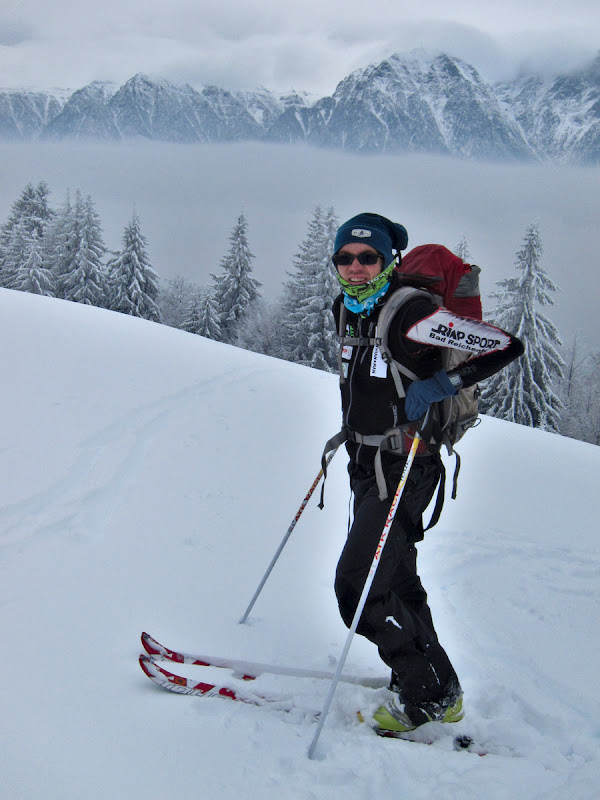 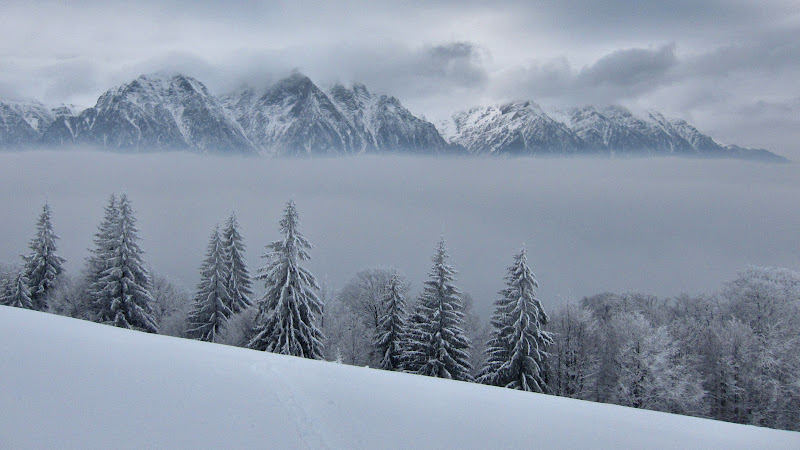 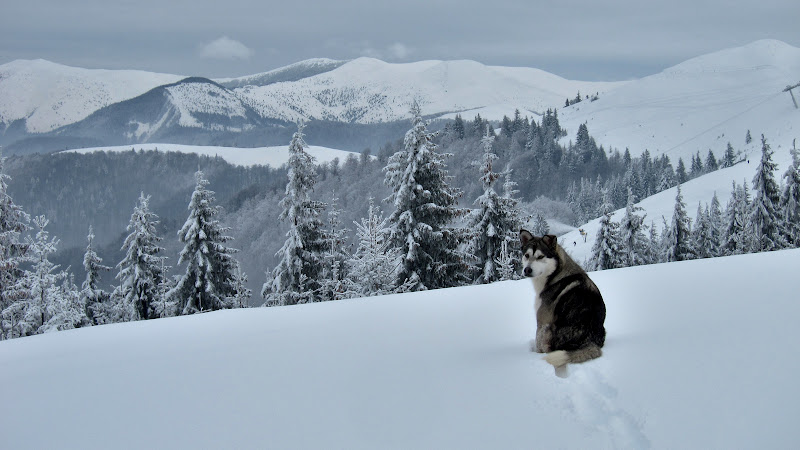 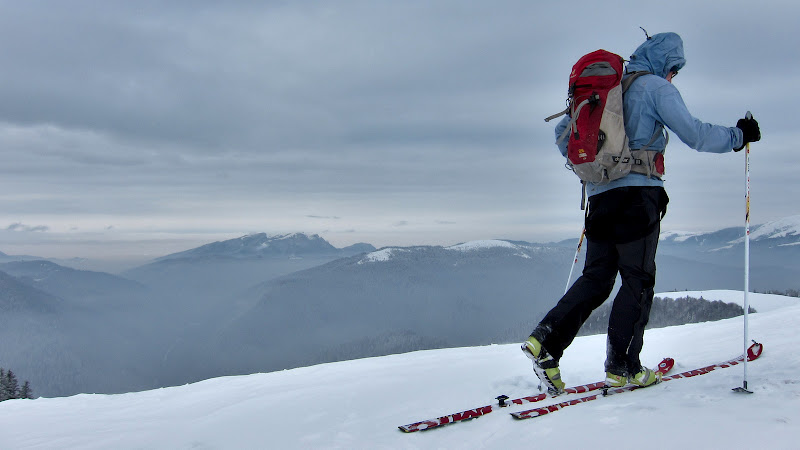 Making good progress on the ridge. 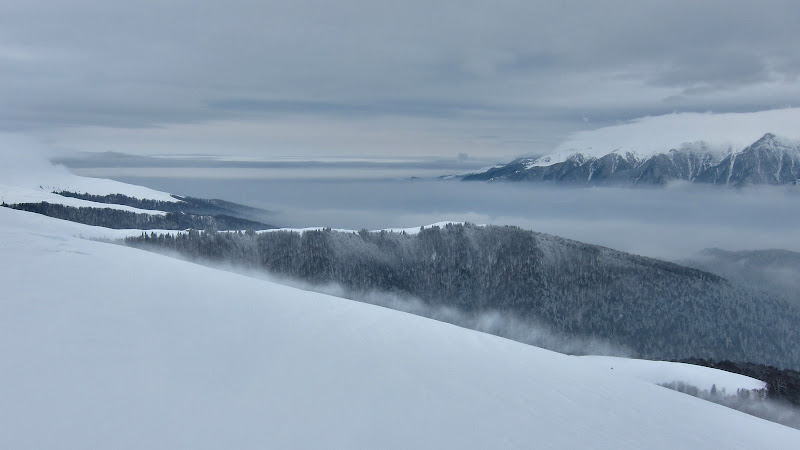 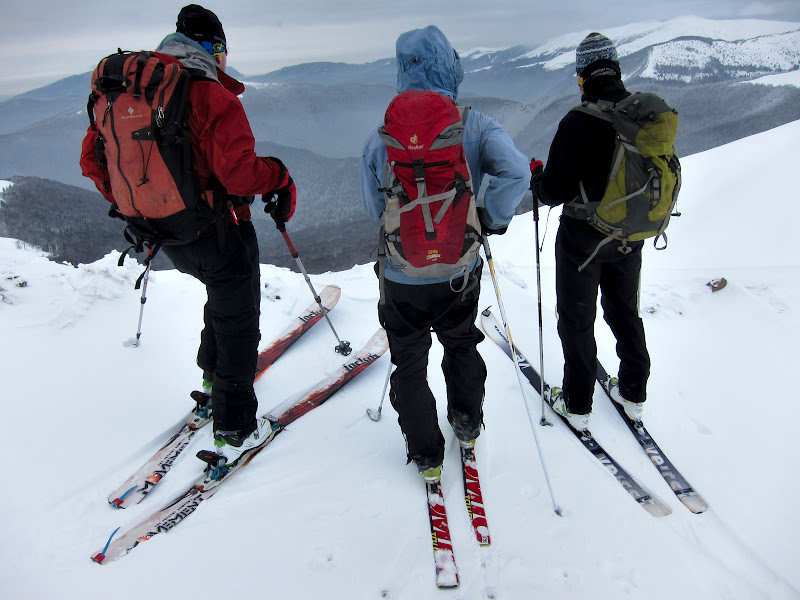 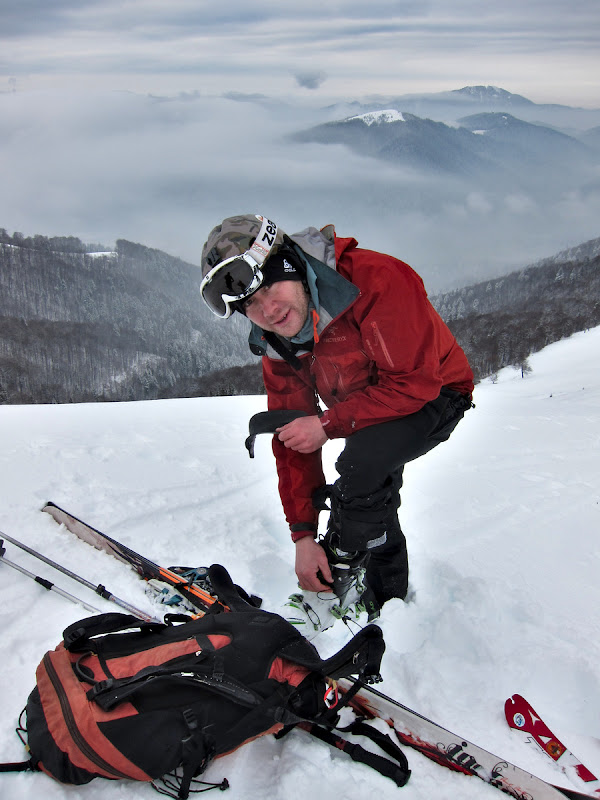 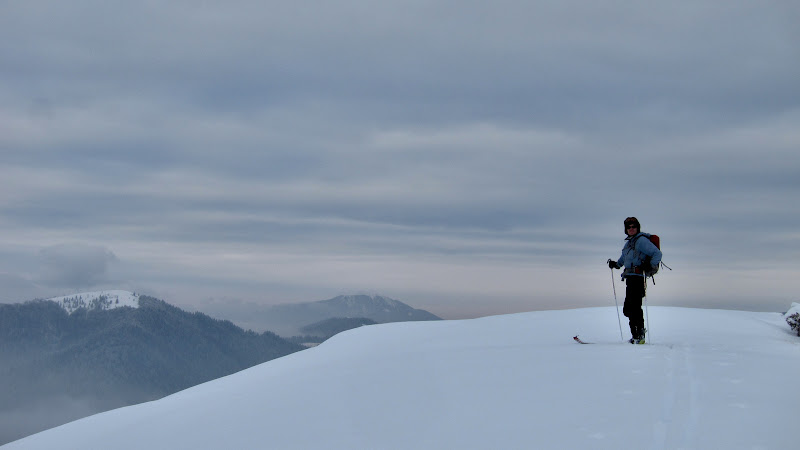 Already 40 days of skiing for this guy. 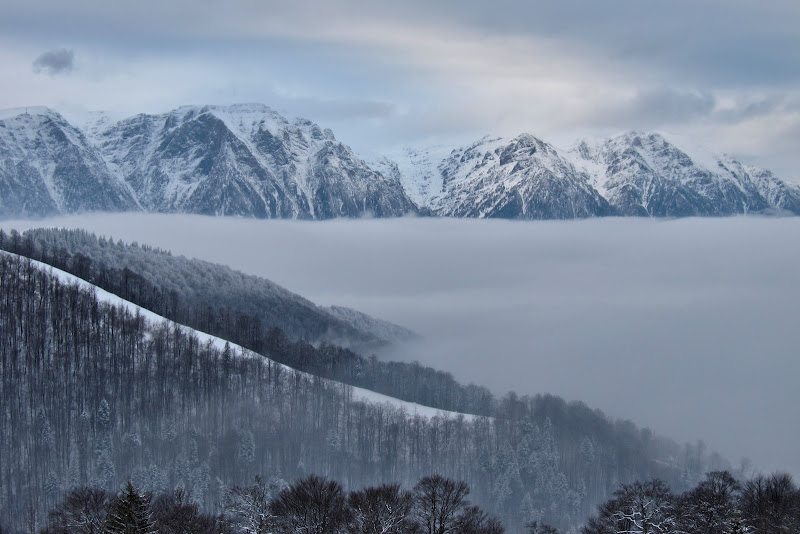 Still above the fog 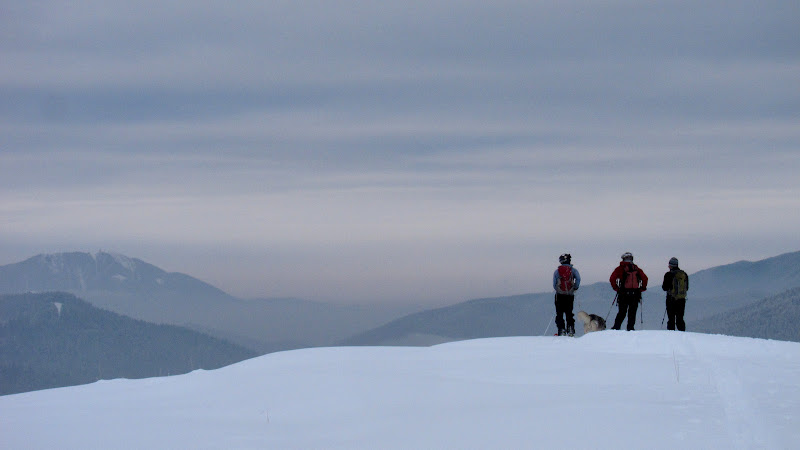 The last descent of the day. 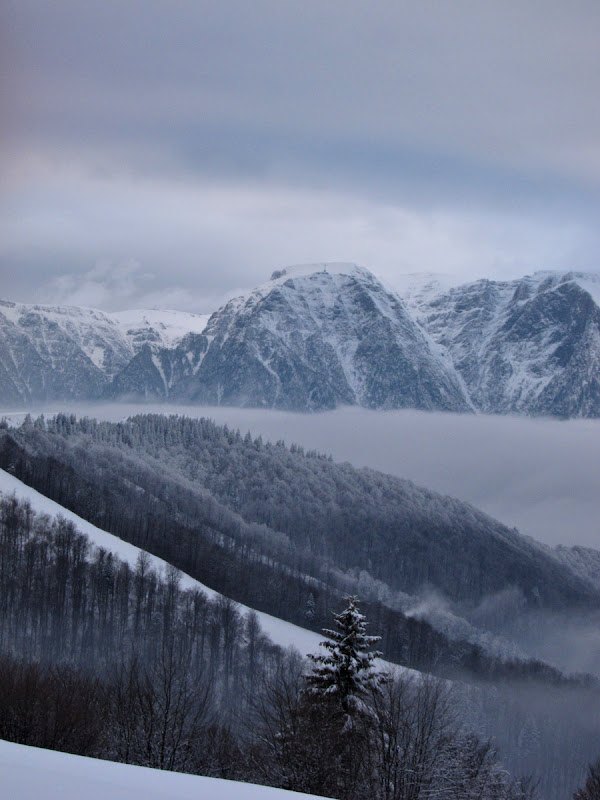 We sleep late today, as the weather seems to be nice for the following week and as we don’t plan any epic routes for today. And so we spent a pleasant lazy morning in the bunk beds from Stripsenjochhaus, before we finally set out around 9 for today’s route, the  Fiechtl route, a 5+ 11 […]